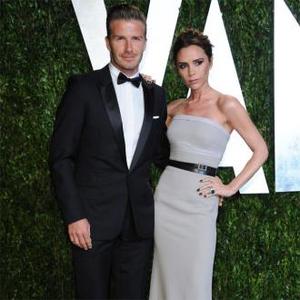 Victoria Beckham says husband David was ''blown away'' after he watched her fashion show.

However, soccer star David had never been to one of her shows before so decided to go last September and he was very impressed with what she had produced.

Victoria - who has four children, Brooklyn, 13, Romeo, nine, Cruz, seven, and 12-month-old Harper, with David - told America's Glamour magazine: ''It was the first time! He's always been working or training. But I was nervous about this show. I was feeling a lot of pressure. He phoned me the night before, and I just said, 'I want you to come be with me. I want a cuddle. I really do.' And it was great to have him there. I think he was surprised; I don't usually bother him with much detail. And then you get there, and the models, The Hair, the make-up...I think he was blown away!''

David recently said that although he enjoyed his first fashion show, he admitted he stayed quiet while he was there because he was surrounded by knowledgable people in the industry.

He said: ''I'm really surprised by how short the shows are. All the work that goes into them and it's done in minutes. But it was the best five minutes I've had in a long time.