Objections from nearby residents to a security gatehouse on the grounds of the Beckhams' lavish Cotswolds property have now been removed. 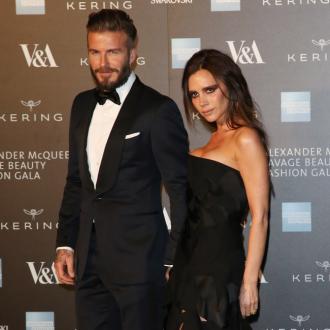 David and Victoria Beckham have won a planning disagreement with their neighbours.

The superstar couple had been at loggerheads with some neighbours following their plans to build a security gatehouse on the grounds of their lavish Cotswolds property but the residents who had complained the build would ''ruin the ambience'' have now withdrawn their objection.

Along with the security gatehouse, David and Victoria are also hoping to build a wine cellar, The Sun Online reports.

The planning proposal states: ''The proposed use of the outbuilding is solely in association with the main dwelling house. It will serve as a gatehouse to improve security for the occupants of the property.''

Planning agents for the property added: ''The proposed development includes a new basement cellar constructed beneath the extension to the existing garage outbuilding with a linked walkway.

''The basement cellar beneath is for storage of wine and the proposed use of the outbuilding is solely in association with the main dwelling house, it will improve security for the occupants of the property.

A decision on the couple's planning application is expected to be made in the next few weeks.

David, 45, and Victoria, 46, have been spending the Covid-19 lockdown in their Cotswolds home with their children, Romeo, 17, Cruz, 15, and Harper, eight.

Their eldest son Brooklyn, 21, is in Los Angeles with his girlfriend Nicola Peltz.