Beckham Sons Will Work For A Living 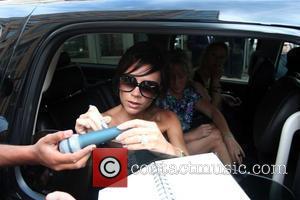 Victoria Beckham is adamant her three sons will not grow up spoilt - she is determined they will work hard for a living.
The singer rose to fame with the Spice Girls and has since launched a successful fashion line, while her soccer star husband David has earned millions from his glittering soccer career and endorsements.
But she insists 10-year-old Brooklyn, seven-year-old Romeo, and Cruz, four, will find jobs when they grow up - to give them self-respect.
She says, "They bloody well will work! Same as myself, same as David. They're not going to be the kind of kids that just hang about. I want them to fulfil their passions. I think it's important that the children grow up and have respect for themselves."