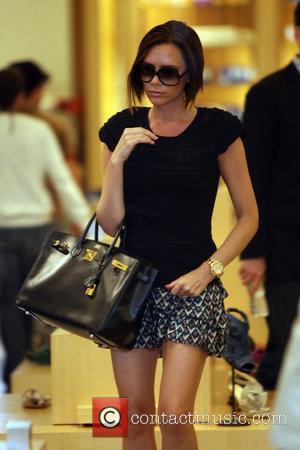 Victoria Beckham has joined the growing list of celebrities swimming to Bikini Bottom for a cameo appearance in animated kids show Spongebob Squarepants.
The former Spice Girl jumped at the chance to voice a mermaid character on the show because her three sons are big fans of Spongebob.
She follows in the footsteps of Johnny Depp, Scarlett Johansson, David Bowie and original TV Batman Adam West.
And she can't wait for her boys, Brooklyn, Romeo and Cruz, to catch the show when it airs next month (Jul10).
She says, "I was so thrilled when I was asked to be a part of Spongebob as my children love the show. When I told the boys that I was going to be on the show, they were so excited!
"I had such a great time recording the voice of Queen Amphitrite. How fun to be a Queen for a day! We are all looking forward to watching it together."