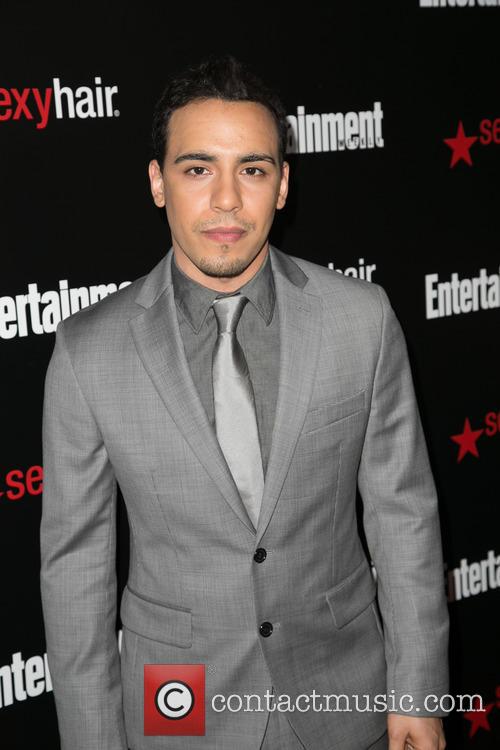 After all the hype, it's impossible not to expect steam from this adaptation of E.L. James' mommy-porn bestseller, but the average episode of Red Shoe Diaries is friskier than this movie. Still, it's a well written and played drama, building an unusual romance with a series of scenes that are sometimes sexy but never actually transgressive. And the nicest surprise is that in the hands of director Sam Taylor-Johnson it becomes a witty tale of female empowerment. 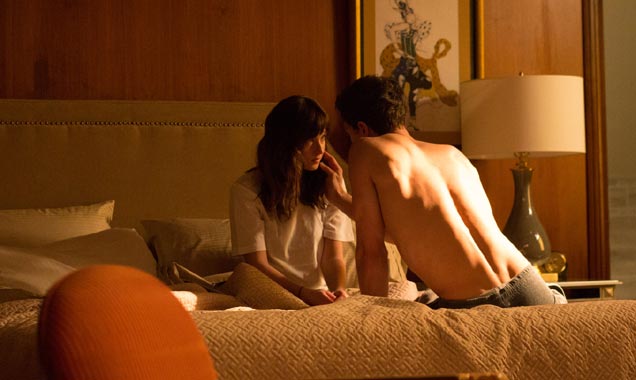 It's set in the American Northwest, where Anastasia Steele (Dakota Johnson) is finishing her studies as an English literature major when she's asked by her journalist roommate Kate (Eloise Mumford) to interview Seattle's most eligible bachelor, billionaire Christian Grey (Jamie Dornan). Ana's awkwardly confident approach immediately gets under his skin, and he pursues her as if she's a corporate acquisition, complete with non-disclosure agreements and a contract that would make her submissive to his dominant. But she isn't so sure about all of this, and as she falls for him, she begins to make him break his own rules. Of course he thinks she should be punished for that.

Essentially, this film is mere foreplay, as the push and pull between Ana and Christian cycles through various set-pieces on the way to an ending that is clearly designed to get fans in a lather for films based on the second and third novels in the trilogy. And the studio would be wise to keep Taylor-Johnson and screenwriter Kelly Marcel (Saving Mr Banks, another story of male-female control) on board, as they have clearly beefed up James' novel with a strong dose of wry humour, bringing out the deeper themes rather than focussing on the under-developed plot and characters.

When reserved college girl Anastasia Steele meets mysterious businessman Christian Grey for an interview, she ends up feeling rather foolish, fearing that she's messed up the opportunity. Mr. Grey doesn't see it that way however; on the contrary, he develops a strong romantic fixation with her. Anastasia is flattered, but soon realises that this guy isn't the sort to take her to take her out for romantic meals or shower her with gifts. Nonetheless, he is an enigmatic presence in her life that she cannot hope to resist, and she soon finds herself treading deeper and deeper into this man's life. As their relationship progresses, he reveals his unusual sexual desires which involves Anastasia signing a written document in order to give him permission to do whatever he likes with her. Enchanted and seduced by the sense of unknown that lies ahead, she agrees.

Sometimes, a single favour to a friend can end up changing you entirely. When a young literature student, Anastasia Steele (Dakota Johnson) attends an interview on behalf of her sick friend, she is totally unaware of the consequences. Steele meets with the illusive, enigmatic and intimidating young billionaire businessman, Christian Grey (Jamie Dornan), and almost immediately finds herself wildly attracted to him. Grey is insistent on controlling every aspect of his life, business and personal feelings, yet Steele represents a problem for him: he, too, is attracted to her, yet it is because of her free nature. As the couple clash, their futures are thrown into jeopardy with the revelation that neither of their lives will ever be the same again.

Budding journalist and college student Anastasia Steele has never been the adventurous type in any respect, so when she is faced with the prospect of interviewing the handsome and frighteningly mysterious young entrepreneur Christian Grey, she is more than a little nervous. The interview doesn't go quite as well as she'd hoped, but it seems Christian has other interests in her. While he doesn't pander to the usual expectations of romance in a relationship, there's something utterly captivating and addictive about him that Anastasia just can't resist - even when he reveals to her his innermost unusual sexual desires. Thriving on the feeling of being in control, all he wants to do is tie Anastasia up and introduce her to a whole new world of sensual experiences. But is she curious enough to sign away her body to a stranger?

Anastasia Steele is a shy college student who is forced to interview an enigmatic entrepreneur named Christian Grey. Their first meeting doesn't go as well as planned and subsequently she is shocked when it appears that he has a seemingly romantic interest in her. He's not the sort to go out on drunken nights or make any of the usual romantic gestures, but Anastasia remains captivated by the intense sense of mystery surrounding him. Some of that mystery is unveiled, however, when he reveals his sexual desires to her, but it seems even then his wishes are not of the usual kind. Christian asks Anastasia to sign a document in order for them to be intimate, and that coupled with the rope and tape he recently purchased starts to make her realise just what sort of sensual adventure she's about to experience.

When young college student Anastasia Steele meets a mysterious wealthy businessman named Christian Grey, she had no idea she'd be embarking on the sexual adventure of her lifetime. While he makes it clear that he's not the type for wild nights of drunken laughs or even for a bunch of flowers and chocolates, Ana can't help but feel irresistably intrigued by the beguiling sense of unknown surrounding her new obsession. Soon though, all is revealed when Christian insists she sign a document before they enter into any kind of intimacy, and putting that together with the bunch of rope and masking tape she saw him purchase at the hardware store, she starts to realise that she's about to enter into a relationship that is more out of the ordinary than she could ever have possibly imagined.

Joe Brody and his wife Sandra are working at a nuclear power plant when disaster strikes. The building collapses, forcing an immediate evacuation of employees due to a radiation leak - but when Sandra doesn't make it out, Joe decides to find out what caused the tragedy. When the government inform the media of a severe natural disaster, he is angered because he knows they are harbouring a dangerous secret. When a series of other calamities, such as a devastating tidal wave, hits New York City, it becomes almost impossible to hide the fact that there's a giant reptilian creature hellbent on destruction heading towards the city; a monster later dubbed Godzilla. The US military set out on a mission to save the world along with a surge of new recruits, but their chances of surviving at the hands of this merciless beast are looking horrifically minimal.

Following a series of disastrous calamities in New York, the government are desperately trying to cover up the cause by insisting that major earthquakes and typhoons are to blame for the demolished city. However, it soon becomes clear to everyone that the damage was caused by a less than natural threat, as a colossal reptilian beast makes itself known to the world; a creature the media has dubbed 'Godzilla'. The US military set out to face the threat in the most dangerous mission of their lives as the origins of Godzilla become known. It is mankind's own destructive nature that has brought this menace to Earth, a fact that is concluded when evidence of Nuclear material is found amongst the wildlife of the Pacific. Can mankind save themselves and rectify their own mistakes? Or are they about to make things a helluva lot worse?

'Godzilla' is the epic re-boot of one of the most iconic sci-fi films ever released. Originally a 1954 Japanese film directed by Ishiro Honda, 'Godzilla' was later adapted into a 1998 motion picture by Roland Emmerich. The 2014 incarnation has been directed by Gareth Edwards ('Monsters', 'End Day') with a screenplay by Max Borenstein ('Seventh Son', 'Swordswallowers and Thin Men') and Dave Callaham ('The Expendables', 'Doom'). The film will hit theaters on May 16th 2014.

While the government go about trying to pass off a series of catastrophic events as natural disasters, the US military are forced to take to Manhattan to rescue New York's ravaged city from a gargantuan menace intent on destroying the world. It is soon discovered that mankind's own irresponsible desire for weaponry and destruction has brought the threat upon them, after evidence of Nuclear chemicals are found around the Pacific. It becomes clear that these radioactive materials have had a genetic impact on the local wildlife, so when an enormous, malformed, reptilian monster dubbed Godzilla takes to the city, armed forces scarcely have a chance at defending their people. Does the human race have the strength and intelligence to survive their biggest threat yet? Or will their past mistakes bring about the apocalypse?

The brand new re-boot of the world's most iconic monster film 'Godzilla' serves as the second Hollywood version since it was first adapted by Roland Emmerich in 1998 from the 1954 Japanese film directed by Ishiro Honda. 'Godzilla' 2014 has been directed by Gareth Edwards ('Monsters', 'End Day') and written by Max Borenstein ('Seventh Son', 'Swordswallowers and Thin Men') and Dave Callaham ('The Expendables', 'Doom'), with an expected release date of May 16th 2014. 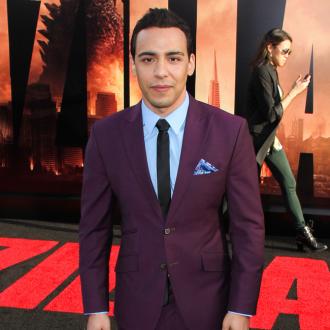