Boxer-turned-actor Victor Ortiz Was Reportedly Arrested For An Alleged Assault With A Deadly Weapon During A Kenny Chesney And Jason Aldean Show In California On Saturday Night (25jul15). 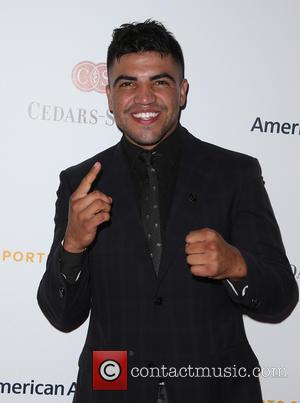 The Expendables 3 star and his brother were at Pasadena's Rose Bowl for the country stars' massive gig, where they became embroiled in a verbal altercation with another concertgoer, according to TMZ.com.

Law enforcement officials tell the gossip site that the war of words soon turned physical, with Ortiz allegedly kicking the unnamed man while he was on the ground.

Police subsequently arrested Ortiz and his brother for felony assault with a deadly weapon, as he used his foot to injure the man.