New York Giants wide receiver Victor Cruz cuts the ribbon to begin New York's Fall Fashion Week at Josie Robertson Plaza at Lincoln Center. After a short speech introducing the star, Victor apologises for his sore throat, saying he lost it at the parade that was held shortly after the Giants' Super Bowl victory over the New England Patriots. After posing for pictures, he cuts the ribbon, officially opening the New York Fashion Week.

Victor started his career with the Giants in 2010 and is famous for his dancing after scoring a touchdown. His victory dance led to an offer to appear on Dancing With The Stars but he refused 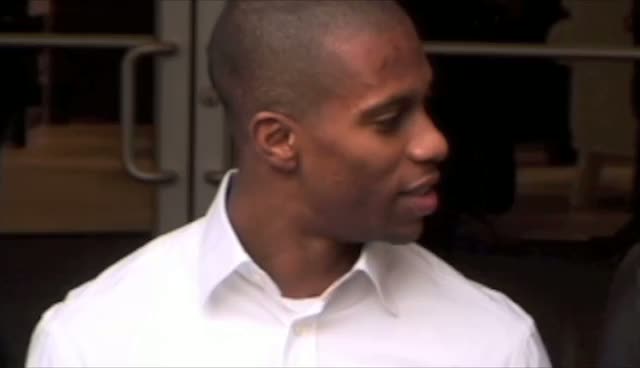