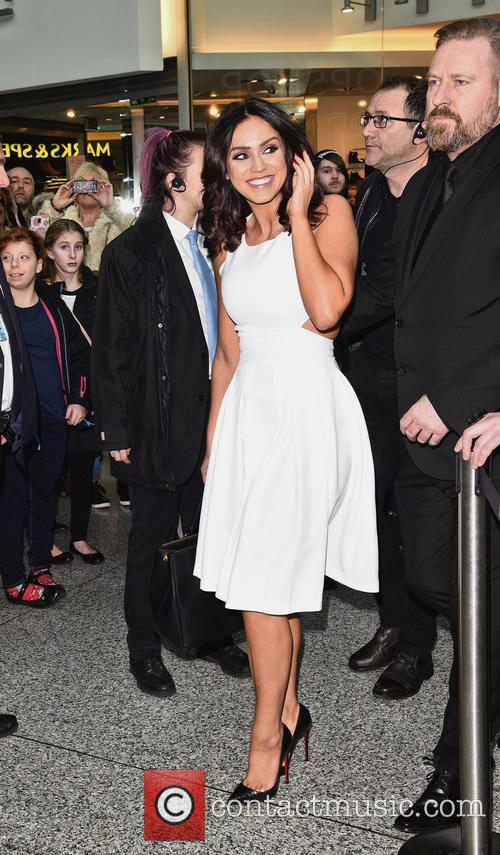 Vicky Pattison will be a new panellist on 'Loose Women'

“She isn’t one to hold back with her opinions and will love getting stuck in during debates. This could be her big chance to land a full-time presenting gig.”

More: ‘I’m A Celebrity…’ camp evacuated due to severe storms

Less than a day later, the Newcastle-born star confirmed the rumours, by announcing: “The cat is out the bag… I'm so Thrilled to announce that I will be joining the amazing loose women team with this bunch of sorts! So happy to be joining ITV. I am honoured to be joining the team of beautiful and sassy women! Thanks for your constant support.”

The 28 year old will be taking her place on the panel, alongside Coleen Nolan (50) and Ruth Langsford (55), on a trial basis for a month in the new year with a view to translating it into a permanent role.

Earlier this month, Pattison was crowned the queen of the jungle as she won the 15th series of ‘I’m A Celebrity, Get Me Out Of Here’, beating out competition from Union J singer George Shelley, former footballer Kieron Dyer and ‘Hollyoaks’ star Jorgie Porter to win.

Vicky Pattison: I forced my romance with John Noble

Vicky Pattison no longer in a 'rush' to have kids