Vicki Michelle I'm A Celebrity Get Me Out Of Here 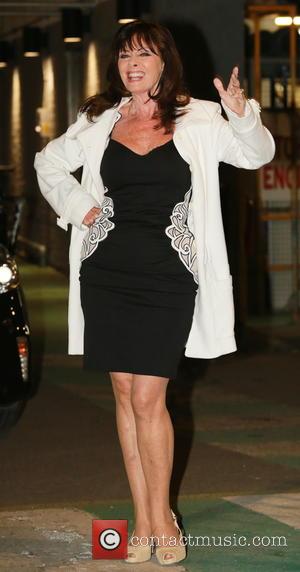 British actress Vicki Michelle had a cancer scare three weeks before appearing on reality Tv show I'm a celebrity... Get Me Out Of Here! but hid it from producers amid fears they would axe her from the line-up.

The 'Allo 'Allo! star was taken to hospital after doubling up with stomach pain during an exercise class, and after seeing a doctor who confirmed it could be serious, she assumed the worse and thought she had cancer.

She tells Britain's the Daily Mirror, "I feared the worst, I thought it was cancer. Two days later I went to have a scan. They told me I had a cyst the size of a small rugby ball.... The nurse said, 'How could you not have known? You're tiny and it's massive'..."

Tests showed the cyst was not cancerous, but with her appearance on the show in November (14) only a matter of weeks away, Michelle opted out of surgery to remove it as she was determined to star in the programme.

Later, when the jungle-based survival show's on-set doctor asked if she had any health issues, she misled him as she didn't want to lose the job.

Michelle's fears over her own health were fuelled by the cancer deaths of two of her close actress friends - Lynda Bellingham, who passed away in October (14) from colon cancer, and Sally Farmiloe, who died in July (14) following a battle with liver and bone cancer.

Michelle adds, "I was so relieved when they said it wasn't malignant. When this happened to me I thought of Lynda and Sally, I was thinking about everything they had been through. You think, 'How does this happen to these wonderful women', and they had finally found real happiness... What happened to them and to me is a warning for women. You need to get these things checked."