American Thighs was released on this day in 1994.

We celebrate the 25th anniversary of one of the coolest records from the 90s Chicago alternative rock scene, Veruca Salt's debut album American Thighs which was first released through Minty Fresh Records. It might not be the most famous rock record out there, but this gem should never be forgotten. 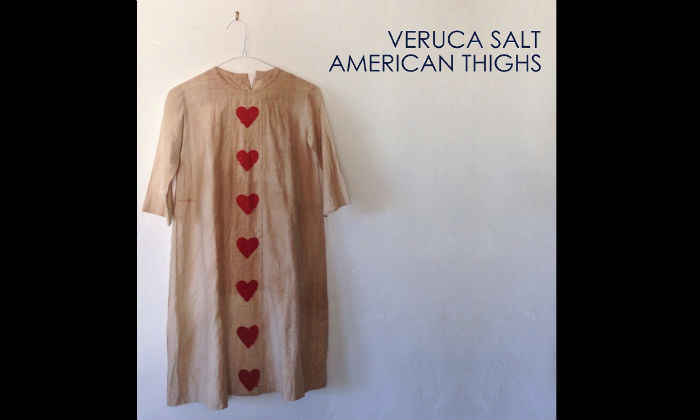 Not considered as iconic as some of 1994's releases (this was the year of Soundgarden's Superunknown, Oasis' Definitely Maybe, Blur's Park Life, Green Day's Dookie and Nine Inch Nails' The Downward Spiral to name but a few), but it certainly deserves to go up there as one of those records that should not, under any circumstances, become lost in time.

Always being fans of the odd pop culture reference (they are, after all, named after the character from Roald Dahl's Charlie and the Chocolate Factory), Veruca Salt took the name of their first album from a lyric in the AC/DC song You Shook Me All Night Long, from their iconic Back In Black album: "Knockin' me out with those American thighs."

American Thighs was produced by Brad Wood, who had produced Liz Phair's Exile in Guyville earlier that year and would go on to work with Placebo on their self-titled debut. The biggest single was Seether, released with the B-side All Hail Me, which went on to appear in the movie Young Adult as well as the TV shows Hindsight and Halt and Catch Fire.

Seether was actually the inspiration for the South African rock band of the same name. In fact, the track was such a success that Veruca Salt even landed a supporting slot on tour with grunge band Hole. Other singles were Number One Blind and Victrola; the latter of which also included a cover of The Knack's number one hit My Sharona in the original single release.

The album peaked at number one on the US Heatseekers Album chart, though didnt chart quite as highly in the mainstream Billboard chart. Still, Veruca Salt were hardly a band who craved mainstream popularity. As female-fronted 90s bands go, they were certainly go up there as one of the most memorable.