Emergency services were called to his home in LA earlier this week.

Verne Troyer fans are rooting for the star to recover quickly after he was rushed to hospital under an involuntary psychiatric hold earlier this week when his friend told emergency services that he was drunk and suicidal. There's also some suggestion of possible alcohol poisoning.

The 'Austin Powers' actor was admitted to hospital on Monday night (April 2nd 2018) on a 5150 hold over concerns that he wanted to harm himself, according to The Blast, after a pal of his called emergency services to his North Hollywood home.

LAPD sources told TMZ that the call was made at 7:30PM, with the caller describing the 49-year-old as being 'extremely upset, drunk and suicidal'. The police, fire service and paramedics responded to the call and he was allegedly placed under observation for possible alcohol poisoning over a period of 72 hours.

Last year, the actor - who is one of the shortest men in the world and stands at just 2 ft 8 in as a result of his achondroplasia dwarfism - was admitted to hospital for alcoholism and referred to a rehab program.

'I've been hearing from some concerned fans, so I'd like to address a very personal situation', he told his fans on Instagram at the time. 'As you know, I've battled alcohol addiction in the past and while it's not always been an easy fight, I'm willing to continue my fight day by day.'

Meanwhile, his team released a statement on the same platform on behalf of Verne. 'Asking you to keep Verne in your thoughts and prayers', they wrote. 'He's getting the best care possible and is resting comfortably. Appreciate the support from family, friends, and fans around the world. We will keep you updated here.'

The actor is yet to address his situation publicly, though he is already receiving an overwhelmingly outpouring of support from his 328K followers. 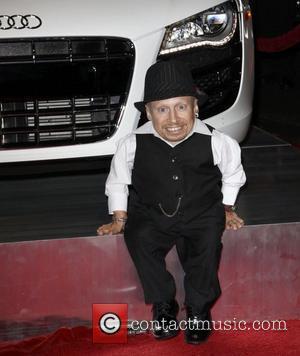 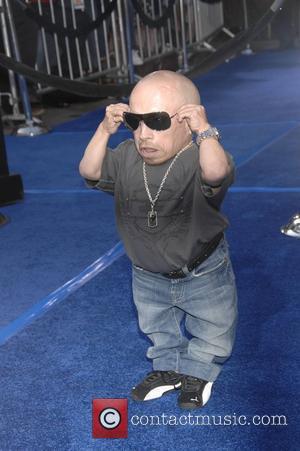