The global recession, environmental disaster and the battery life of the iPhone 4S - none of these things are probably bothering Andy Whitaker and Dan Foat, supremos of the revitalised R&S label. Founded in Belgium in the 80's, the original imprint was, along with the likes of Warp and Plus 8, one of those that produced a stream of high quality releases, a very long list of which brief highlights would be Jaydee's Plastic Dreams, 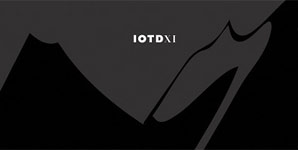 Digeridoo by the Aphex Twin and Joey Beltram's Energy Flash.

Returning after a five year hiatus in 2006 and now relocated to London, to say that R&S has been successfully reborn would be a master-stroke in understatement. IOTDXI finds the label proudly celebrating how far it's come in the last five years; even for a dedicated fan boy such as yours truly it defines the term essential, and in places it throws up the odd unanticipated thrill.

The 'Old' label's high watermark was In Order To Dance..Vol.5, a compilation that mapped the mid-90's techno scene in all its diverse finery, an aspiration that IOTDXI shares, although again everything's about context. Electronic music then was still locked in a post-Detroit niche, the acid house scene commoditised into rave pastiche for chart watchers and incensed guardians of our moral consciousness. Now, after a malaise spawned by the vacuousness of trance and the big clubs, the period in which 'Dance' music has spent on sabbatical in the underground appears in hindsight to have been pivotal. Undeniably the movement finds itself more boundary pushing than ever before, and some of those experimenters are given the recognition they deserve here.

Over the course of two diligently curated discs, the full extent of the label's roster is given time to breathe. And if the first is something of a victory lap, who can blame them. Compiled from the previous 18 months worth of releases, here you can find the likes of Pariah, whose menacing travelogue Safehouses opens, James Blake's reflective post-dubstep number CMYK and old skool legends Model 500 flexing their cerebral muscles on a remix of OFI. With great support from amongst others the The Chain, Lone and Space Dimension Controller, quality control is clearly to be another organisation's problem, and R&S' place at the top table is confirmed, were it not already an established fact.

Disc two is a slightly different construct, a new collection of ten tracks intended to signal the way forward. Or back in some cases. Space Dimension controller's The Birth of A Feeling is a lush reminder of ambient techno's more tribal, chilled out moments from the latter part of the last century, whilst Lone continues his obsession with the acid modulations of the same era on Cobra. Probably as expected, the masterstrokes come from the heavily feted Pariah, via a more introverted mix of Orpheus courtesy of Oneohtrix, whilst the undulating, classicist slow build of Left Unsaid is the ideal exposition of the track as a journey clich'. Of the less high profile names Bullion mine the sampleadelic furrow of The Orb's early stuff to good effect, but if there's to be a criticism, it's that IOTDXI is missing some of the more avant garde dimensions now being envisioned by the now departed James Blake, or the redacted hip-hop gnosticism of the Brainfeeder stable. Both are essential to appreciate a fuller picture of the richness currently on offer to new initiates, but now, as in 1994, putting R&S into your record bag on sight is still one of the most risk free choices you can make.