Various Artists - The Hunger Games: Songs From District 12 And Beyond Album Review

Review of The Hunger Games: Songs From District 12 And Beyond Album by Various Artists

For the cynical music fan, there's much to be suspicious of when looking at The Hunger Games: Songs From District 12 And Beyond. On one side of the coin, it's a companion album (not actually the soundtrack) to one of the most eagerly awaited movies for a teen audience this year. Then there's the lead single 'Safe & Sound' by Taylor Swift (appealing to the core audience of the film, but not necessarily a tent pole artist, especially for a British audience). "Cashing In on the film's success!" would be the knee jerk reaction of many willing to jump to a quick conclusion, but the answer is actually quite the opposite. 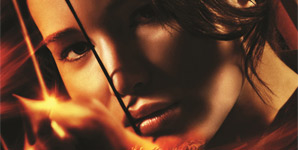 The reason is primarily down to legendary producer T-Bone Burnett, a man who isn't afraid of the term "songs inspired by." He masterminded the O Brother, Where Art Thou album and Walk The Line soundtrack (among many others), so surely he could do the same for The Hunger Games? Well, he has, and in many subtle ways what he's produced is superior to many other similar projects. While The Hunger Games follows a similar tactic to the Twilight albums (an eclectic but interesting roster of artists providing 'exclusive' tracks to bolster the success of the movie), it feels far more cohesive and satisfying, as a complete record in its own right. While the Twilight albums have their good moments, they feel haphazard and only loosely attached to the film they're promoting. Here Burnett has laid out a strong thematic course that ensures the record never strays far from its cinematic cousin.

At its heart The Hunger Games is a folk album (reflecting the nature of the poor underclass living in District 12), which in its few louder moments introduces almost tribal drumming to bring to mind the barbarity of The Hunger Games themselves. There's no sugar sweet pop here, nor warped electronic samples, instead when the more straightforward obligatory rock tracks appear (courtesy of Kid Cudi, Glen Hansard, The Decemberists, and Taylor Swift) they sit comfortably amongst their quieter counterparts.

The Hunger Games is also not a happy album; for example Arcade Fire's impressive contribution 'Abraham's Daughter' is a dark and brooding, almost funeral march. Elsewhere Neko Case's song 'Nothing to Remember' has a dreamlike quality as backing vocals echo the chorus. Taylor Swift's first song on the record (the aforementioned 'Safe & Sound') is a suitably fragile acoustic heartbreaking affair that owes a significant debt to traditional folk and country music. Carolina Chocolate Drops provide one of the most memorable moments with 'Daughter's Lament', a primarily a cappella traditional sounding composition that relies on minimal guitar effects and very quiet percussion. Even the Maroon 5 contribution 'Come Away To The Water' is almost unrecognisable from their usual output.

While the subtlety may be lost on some listeners, who were expecting a big sounding companion album to a genuine blockbuster (The Hunger Games took $67.3 million in its first 24 hours on cinema screens), T-Bone Burnett has instead produced something far less superficial. Ignoring the film inspired cover artwork The Hunger Games: Songs From District 12 And Beyond is a standalone album that doesn't rely on the listener having seen the film of the same name, although if you have, it also manages to compliment that experience too. The songs here all sound as if they've been cherry picked by Burnett to produce a record with hidden depths that you'll return to long after the movie has left your DVD player.