Imitation: that sincerest form of flattery, or so they say. Normally, this means that the content referred to is some pale facsimile of the original, like 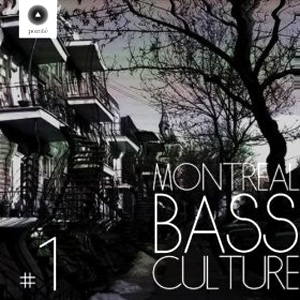 Of course, for some there's the usual spotters-only discussion about what "Bass Music" actually means, but who the hell cares about the answer to that debate? It's easier just to focus on the tunes brought to you here by people who are genuinely faceless (in a good way), making it easier to deal with any of your preconceptions up front. And Mon Dieu, those Canucks can do bass, whether it's in the amping footwork-esque sirens of Loungery Day's Kapow or running through the sweet, light acid-techno flourishes of KwikFiks' My Heart.

But it's not that easy to win us over across the pond. We're a bit, well, funny really; we get bored easily. So throw some diversity at us, the work of a different point of view of three, and we get happy. Truly here, then, we are blessed as Paveun breathes life into R&B on Let Me Down, warping its soul and then taking a blow torch to the nipples of its usual vacuum packed, sample heavy, auto-tuned grooves, making it darker, more desperate somehow. To follow that MDMA's Alten Schule sounds like a full on punch between the eyes from a rave cannon, huge blasts of sampled white noise and 303 squelches making us come all over all Darwen warehouse circa Xr2i.

Post that antique rushing, a pre-dawn chill out is needed and George Jetson's - surely his real name - Lump Sum models itself around splintered, semi-coherent dubstep voices and nervous, down-tempo post house to lower pulse rates and undilate pupils a little. As anonymous as hackers, Idea3 close with Syntonic; a warmly pastoral IDM (sorry!) piece that features birds singing in some idyllic Canadian morning somewhere out beyond the fifth dimension of cawfee and donuts. We don't know. We just don't know.

So imitation then. Once, that meant trying to be the same. Montreal Bass Culture is more than just the same. You might think it's better. So what are we going to do about it?