Review of Johnny Boy Would Love This: A Tribute To John Martyn Album by Various Artists

You're a revered folk musician with a wonderful back catalogue. You tragically passed away back in 2009, but the songs you sculpted continue to inspire people, old and young, all across the world. You took elements of folk, blues, and jazz, and you moulded them into new shapes, creating music which acknowledged its roots and drew power from the traditions which inspired it, but never abased itself meekly before them. Your finest creations, tracks like 'Solid Air' and 'Small Hours', still glint with genuine genius. They're beautiful and personal without lapsing into sticky sentimentality. So far, so good. But can you pass the Snow Patrol test? Have you created music so timeless, so special, that not even the lumbering, mawkish indie chancers can ruin it? Johnny Boy Would Love This: A Tribute To John Martyn sets out to answer that question. 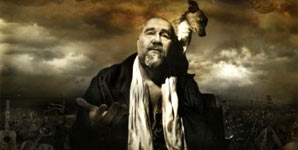 The sheer breadth of contributors to Johnny Boy Would Love This is impressive. It features cover versions of Martyn songs performed by contemporary indie bands (Bombay Bicycle Club, the aforementioned Snow Patrol), middle of the road singer-songwriters (David Gray, Paolo Nutini), trip-hoppers (well, Morcheeba), gospel singers (some of The Blind Boys of Alabama make an appearance), and so on. You keep expecting Wiley to turn up and freestyle over 'Hurt In Your Heart', but it never quite happens. Nevertheless, the age, background, artistic leanings, and degree of talent of those involved is notably varied. Despite this the record is a reasonably cohesive listen, because nobody (or at least, almost nobody) is too interested in taking wild risks with the source material. Most of the covers replicate Martyn's versions, stylistically and atmospherically. Even Beck, who can normally be relied upon to do something at least mildly eccentric and unexpected, plays it safe.

The faithful homages are worthy and well-executed, and highlight the reverence with which Martyn's work is often approached. However, it's difficult to see why even the most devoted fan of the man and his music would need an album comprised of unadventurous recreations of his songs. There are, thankfully, exceptions to this approach. Robert Smith of The Cure and Sabrina Dinan contribute impressive and original versions, the former with a swirling, leisurely take on 'Small Hours', the latter with a charismatic, jazzy recreation of 'Certain Surprise'. Ultimately, though, this is a mixed bag. There are tracks here which dedicated Martyn fans will want to hear, although whether it's worth sitting through the relatively insipid filler in order to hear them is debatable. Judicious use of the 'skip' button on your iPod or stereo is advised. Relative newcomers should work their way through the great man's back-catalogue first.