The ex-rap star, who features in the movie, defended the script after a mass walkout of Native American cast members last week.

In the wake of approximately a dozen cast members walking off set last week, Vanilla Ice has come to the defence of Adam Sandler’s new comedy western The Ridiculous Six.

The former rap star, who plays the role of Mark Twain in the movie, defended the content of the exclusive-to-Netflix project against accusations that the humour was offensive to Native American culture.

In an interview with TMZ, Ice said “It’s a comedy. I don’t think anybody really had any ill feeling or any intent or anything. This movie isn’t Dances With Wolves. It’s a comedy. They’re not there to showcase anything about anybody – they’re just making a funny movie, I think.” 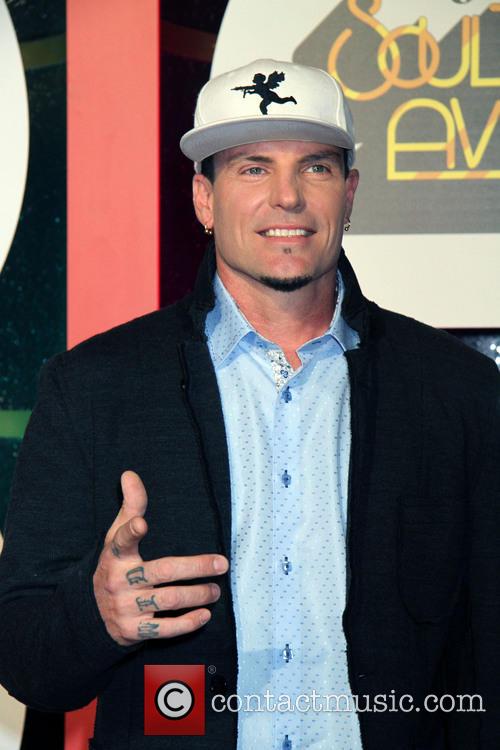 Vanilla Ice stars in the under-fire 'The Ridiculous Six'

He also said that he was able to see the humour from two angles, on the basis that he’s “part Choctaw”. “I don’t have anything to do with it. I just play my part.”

Last Wednesday, news emerged that roughly a dozen Native American members of the cast had left The Ridiculous Six in protest at the script’s portrayal of Apache culture, which apparently includes characters called things like ‘No Bra’ and ‘Beaver’s Breath’. Two days later, a video emerged of a cast meeting at which cast members were told they could leave if they were “overly sensitive” about the humour.

One of the actors in question, Allison Young, claimed “This is supposed to be a comedy that makes you laugh. A film like this should not make someone feel this way. Nothing has changed. We are still just Hollywood Indians.”

Director Frank Coraci, who worked with Sandler on The Wedding Singer, retaliated by claiming that any offence was unintentional.

Netflix, who signed a four-movie deal with Sandler in October 2014, released a statement last week saying: “The movie has ridiculous in the title for a reason: because it is ridiculous. It is a broad satire of Western movies and the stereotypes they popularised, featuring a diverse cast that is not only part of – but in on – the joke.”