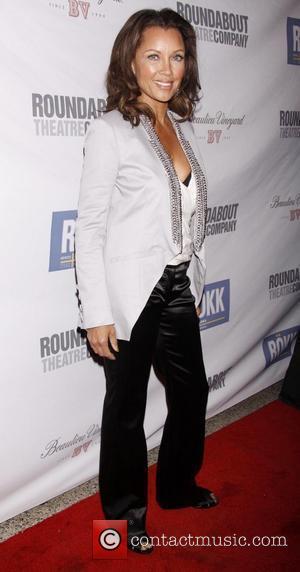 Actress/singer Vanessa Williams' mother received racially-charged death threats after her daughter became the first black Miss America in 1983.
The Ugly Betty star was crowned New York's Miss Syracuse back in 1983 and she continued on the pageant path until she made history and became the first African-American to land the U.S. title.
But not everyone was happy for success.
Writing about the fall-out in her new memoir You Have No Idea, which Williams co-authored with her mum Helen, the star reveals, "As the 1983 Miss America put the crown on my head, I had no emotion - I wasn't very happy. I wasn't excited. I wasn't there. I just smiled and waved. I had made history, but for some (black people), winning wouldn't suffice. Some didn't think I was black enough.
"The New York Daily News ran a photo of Bruce (my boyfriend) and me - and the response was, 'Oh my God! She has a white boyfriend!' My mother received death threats."
And Helen confesses she was petrified for her daughter's safety, recalling, "I was so proud of her. But someone wrote that they were going to throw acid in her face. People sent notes: 'You'Re Dead, B**CH.' We were so worried. We had no idea there'd be all this anger and hatred."
And there was more controversy to come - just 10 months into her reign as Miss America, Williams became the centre of a nude photo scandal and was pressure to resign her crown after the candid Tom Chiapel shots appeared in Penthouse magazine.
Williams filed a lawsuit against Chiapel and Penthouse boss Bob Guccione, but dropped it a year later.