Actress Vanessa Paradis has admitted she hopes she isn't like her 'Heartbreaker' character Juliette as she finds it difficult to ''hold back her own nature''. 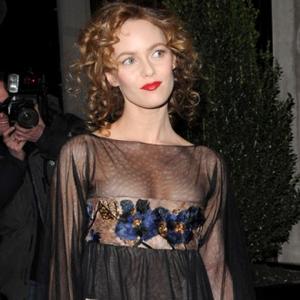 Vanessa Paradis has revealed she is nothing like her character in 'Heartbreaker' as she has a wilder side.

The French singer and actress - who has been dating 'Alice In Wonderland' star Johnny Depp since 1998 - admitted although she has a "reasonable side", she doesn't like to hold back as much as her character, heiress Juliette.

When asked if she was anything at all like her Alter Ego, she said: "I hope not. She spends most of the movie on a tight rein, holding back her own nature, and I have a hard time doing this. I hope I'm less stiff than that, but I do have a reasonable side."

In terms of her own life, the 'Girl on the Bridge' star - who has two children, Lily-Rose, 11, and Jack, eight, with Johnny - revealed it can be difficult to strike the right balance between family life and her career.

She explained: "It's difficult when you want it all. I love what I do. What's difficult is when it is all at once. But in this work, opportunities come your way, and you never know if they'll come again. It's all about making compromises."

However, the 37-year-old beauty recently revealed she doesn't know whether she would be able to act alongside her partner of 12 years.

She said: "I don't know if I can act facing Johnny, to tell you the truth. We've made music together, but we've never acted together."

Vanessa Paradis would back showbiz daughter

Heartbreaker (L'arnacoeur in French) is Pascal Chaumeil's directorial debut. Heartbreaker is a possible contender for...