Vanessa Hudgens found certain scenes in her new movie 'Sucker Punch' so tough to film she coped by eating extra. 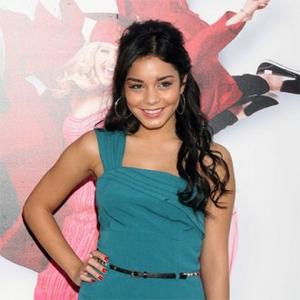 Vanessa Hudgens found the drama scenes in her new movie so "draining" she turned to comfort eating.

The 22-year-old actress plays Blondie in new asylum-set action fantasy 'Sucker Punch' but admitted the shoot was more difficult than she expected and the only way she could cope with her stress was with food.

She told Total Film: "Some of the scenes were really intense. I haven't done that much heavy drama before and some scenes were just so draining. We would all be a total disaster afterwards and cheat on our diets together and eat cake to comfort ourselves."

However one thing 'High School Musical' star Vanessa did love about the film was her chance to portray a "badass".

She said: "My character was a lot of fun. I really get to step up my game and be a total badass."

Vanessa's co-star Jena Malone loved working with her and their three co-stars Emily Browning, Jamie Chung and Abbie Cornish and revealed training for the action sequences helped them to Bond.

She said: "The five of us were thrown into training three months before we started filming so that became our rehearsal period in the sense of becoming close and emotionally understanding each other. I would take a bullet for any of those girls."