Vanessa Hudgens, in a recent interview, explained how she had supported Selena Gomez at the Met Gala when there was a possibility Gomez would see her ex, Justin Bieber.

Vanessa Hudgens supported Selena Gomez at the Met Gala earlier this month when there was a chance Gomez may have bumped into her ex-boyfriend, Justin Bieber. 26-year-old Hudgens revealed she hadn't specifically intervened in ensuring Gomez avoided Bieber but had been there for her best friend throughout the event. 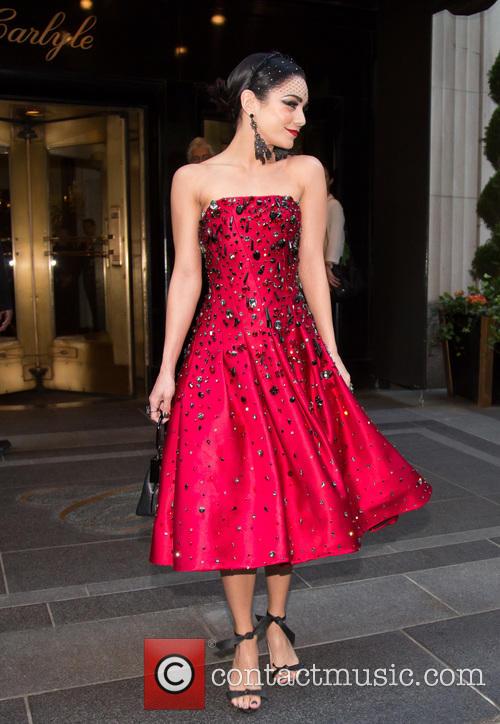 Vanessa Hudgens heading to the Met Gala earlier this month.

Hudgens was appearing on Watch What Happens Live when a viewer asked if she had helped Gomez avoid Bieber. Hudgens explained that she and Gomez hadn't deliberately avoided the 21-year-old pop star but that "no one really wants to see your ex-boyfriend." It's understandable, especially as the two were at an event where the cameras were capturing their every move and interest in the current state of their relationship remains high.

"She's one of my best friends and you just want to have your girlfriend's back, so that's what I did," Hudgens told WWHL host Andy Cohen. "We didn't, like, try to avoid him or anything. I mean, no one really wants to see your ex-boyfriend."

Shortly after the Gala, which took place on 4th May, reports circulated that Gomez and Bieber had chatted together for a short time, as E! reports. However, the two largely remained separate and socialised with different groups of people.

Hudgens explained how she and Gomez had mainly hung out with singer Janelle Monáe and rapper Bangs. She also spent some time with Rihanna. On the other hand, Bieber spent his evening with Kendall Jenner and their friends, according to a source.

"We had a lot of fun," Hudgens said of the Gala. "I sat with Janelle Monáe and Bangs-just such incredible artists who are the most beautiful kindred spirits. Just amazing souls. I was so happy."

Read More: Vanessa Hudgens Is Quite The Lady In Broadway's Gigi.

Vera Wang!! Felt like a princess yet again. ☺️