Hudgens played Rizzo in the TV special, which aired live on Fox on Sunday night.

Vanessa Hudgens took part in Fox’s special ‘Grease Live’ event on Sunday evening, just hours after announcing her father’s death. Hudgens played Rizzo in the special, the role made famous by Stockard Channing in the original film, alongside Julianne Hough as Sandy and Aaron Tveit as Danny Zuko. 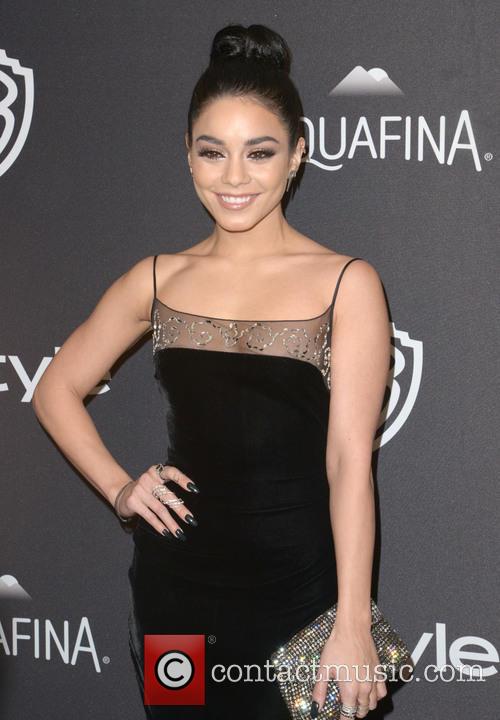 Just hours before the broadcast Hudgens announced on twitter that her beloved father Greg had lost his battle with cancer. "I am so sad to say that last night my daddy, Greg passed away from stage 4 cancer. Thank you to everyone who kept him in your prayers," Hudgens wrote.

"Tonight, I do the show in his honor.” At the end of the show, as the credits rolled in front of a ferris wheel, a special message for Greg appeared on the screen reading, "In loving memory of Greg Hudgens. June 22, 1950 – January 30, 2016.”

Despite the tragic events earlier in the day, Hudgens delivered a stellar performance as Rizzo, managing to perfectly capture the feisty character. On twitter viewers and celebrity friends praised Hudgens for her performance, especially under the circumstances.

"There's My Girl @VanessaHudgens!!! #GreaseLive,"Ashley Tisdale tweeted. Hudgens’ boyfriend Austin Butler, who also lost his mother to cancer in 2014, added: ‘You don't want to miss #GreaseLive! So proud of @VanessaHudgens and everyone involved. It's incredible!’

Overall the special was well received by fans and critics, with the main actors' performances all drawing praise. The show opened with British singer Jessie J giving a rendition of ‘Grease is the Word’ as she walked through he backstage area.

Along with Hudgens, Hough and Tveit, the cast also included Carly Rae Jepsen as Frenchie, Kether Donohue as Jan and Keke Palmer as Marty. There were also appearances from Mario Lopez, as dance show host Vince Fontaine and the original Frenchie, Didi Conn as waitress Vi.