Vanessa Hudgens believes in feminism because of Beyoncé but has admitted she was once ''on the fence'' about the importance of ''girl power''. 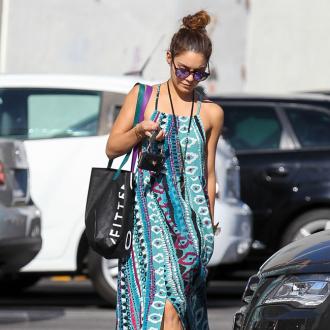 Vanessa Hudgens believes in feminism because of Beyoncé.

The 'Spring Breakers' star has admitted she used to be ''on the fence'' about girl power but has had a change of heart because of the 'Drunk In Love' hitmaker.

She said: ''Now I feel like there's this new wave of feminists coming up that are truly about equal rights for women. I mean, Beyoncé is, like, killing the game, and I love her.''

The 26-year-old actress also defended her previous stance on feminism, admitting it was because she feels sometimes it's taken so far that it has the ''reverse effect''.

She said: ''I feel like it gets to a certain place where it almost has the reverse effect, where it's so overpowering and so aggressive that it's like rather than just standing up for female pride and female rights, it becomes, like, 'I am the man.'''

Meanwhile, Vanessa also opened up about her previous relationship with Zac Efron, admitting she was a little jealous of all the women giving him attention.

She told the New York Times newspaper: ''Girls were running after him, and I was giving them death stares.

''Then I realised that's not what that's about. 'Spread the love, be a good person, they support you, be nice.'''