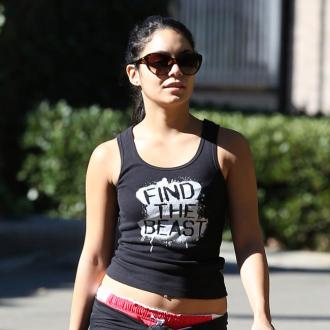 She told Glow magazine:''It was very nerve-racking for me. I told my agent that I never want to do it ever again.''

However, Vanessa has previously admitted she jumped at the chance to take on the role of college student Candy, who is forced into working for a drug dealer after he bails her and four friends out of jail for robbing a restaurant, in order to move away from her squeaky clean image after 'High School Musical'.

She said: ''I'm really proud of the movie. I feel like it's a breed of its own, it's a movie unlike any other and it's very fresh and fun and exciting.

''I feel like it's a great take on our youth culture right now.

''For a while I was kind of struggling and fighting for these roles that I just desperately wanted. It was hard and it was a struggle, but then again life is always a struggle.

''Having a career will always be a struggle. You'll always have to fight for what you want. Definitely crossing over and being able to tackle these grittier parts was a challenge, but I feel like I've done it! It's a whole new chapter!''