Actress Vanessa Hudgens Is Suffering For Her Art After Developing Tendinitis In Her Knees While Starring In A Broadway Production Of Gigi. 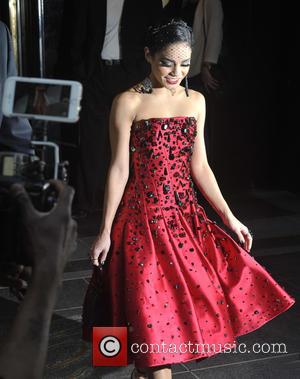 The Spring Breakers star has been performing in the musical since March (15) and reveals the rigorous stage routine has wreaked havoc on her joints.

During an appearance on late night U.S. talk show Watch What Happens: Live, the 26 year old reveals, "I go up and down so many stairs (in the show), I have tendinitis in both of my knees. I'm like, 'I'm way too young to be this broken!'"

However, her inflamed tendons aren't the only things she has to worry about while onstage.

She adds, "I've fallen down the stairs before and it's not pretty and there's nothing you can really do about it, except just surrender."