Vanessa Hudgens became ''really mean'' when she was dating Zac Efron because she got frustrated with his female admirers. 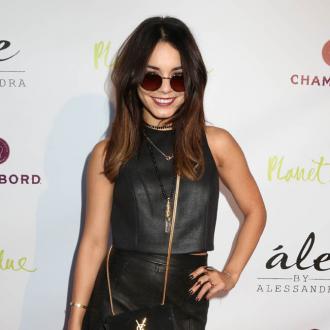 The 26-year-old actress - who was in a relationship with her 'High School Musical' co-star for three years until 2010 - admits she grew increasingly ''fed up'' with the female attention her then-boyfriend constantly received and couldn't help but be hostile to his admirers.

She said: ''I went through a phase when I was really mean because I was so fed up.

''Girls were running after him, and I was giving them death stares.''

However, Vanessa soon realised she had adopted the wrong attitude.

She added: ''Then I realised that's not what that's about. 'Spread the love, be a good person, they support you, be nice. ''

The 'Spring Breakers' star - who is now in a relationship with actor Austin Butler - also confessed to being a ''definite hippy'' who loves dancing half-naked in public.

''I'm literally my happiest self when I'm dancing half naked on a grass field listening to Led Zeppelin.''

And Vanessa credits Austin with helping restore her Christian faith and they are regular attendees at Hillsong, a church known for its flashing lights, club-like atmosphere and video production.

She said:''It feels like Arcade Fire -- it's epic like that. They really focus on you having your own personal relationship with Jesus, which is wonderful.''