Vanessa Hudgens admits starring in Broadway show 'Gigi has been ''tough'' and can ''make you feel a little crazy''. 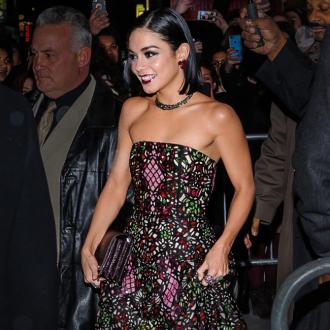 The 26-year-old actress - who found fame in the 'High School Musical' movies - is currently starring as the title character in 'Gigi' in her debut run on the New York stage and she admits it's been tough.

She said: ''I've never worked this hard before in my life.''

Revealing what has surprised her most about Broadway, Vanessa told PEOPLE: ''It's a lot of work, doing the same thing over and again, it makes you feel a little crazy at times ... But everyone has been so warm, so welcoming. My cast is like my family. I lean on them, I love them.''

Vanessa was speaking at a reception after the Broadway.com Audience Awards in New York, at which she was honoured with the award for Favourite Breakthrough Performance.

Although performing in front of an audience every night is gruelling, the starlet has found it one of the most rewarding experiences of his career.

She said: ''But it's so much fun. Whenever I have my day off, I look forward to coming back to the stage and doing it again.

Other winners at the Broadway.com Audience Awards included Bradley Cooper for his role in 'The Elephant Man', Emma Stone for her work in 'Cabaret' and Dame Helen Mirren, who picked up an award for her portrayal of Queen Elizabeth II in 'The Audience'.