The actress sparked engagement rumours with a recent Instagram snap.

Vanessa Hudgens has taken to Twitter to confirm she’s not engaged to boyfriend of six years, Austin Butler.

Fans went into meltdown earlier this week when Vanessa shared a snap on Instagram, featuring a very sparkly diamond ring, with the caption: “And then this happened.”

But it turns out we were all looking at the wrong thing, as the snap was actually intended to show off the actress’s new haircut.

Guysssss. I’m not engaged! I️ posted a pic. Not to show off my ring that I️ happened to throw on that finger after a long day of filming but to show off my haircut Lol pic.twitter.com/xfgqcFddHt

Taking to Twitter to address the rumours, Vanessa wrote: “Guysssss. I’m not engaged! I posted a pic. Not to show off my ring that I happened to throw on that finger after a long day of filming but to show off my haircut Lol.”

And while we’re kind of bummed that a Vanessa and Austin wedding isn’t in the near future after all, it is a pretty cute haircut.

Vanessa and Austin have been dating for six years, with their romance beginning just under a year after her split from first love Zac Efron.

It’s been a tough year for the couple, who have had to endure a long-distance romance, as Austin travelled to New Zealand to film MTV’s 'The Shannara Chronicles'.

But speaking to People in March, Vanessa shared her advice on making long-distance love work. “Just communication, communication is key,” she said.

“I think that if anything’s bothering you, don’t hold it in. Always bring it up and just talk about it. Uncensor yourself and just be open.” 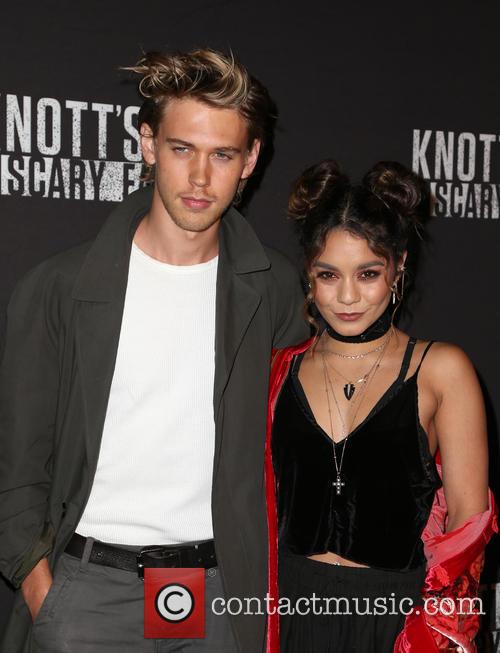 Vanessa and Austin pictured in 2016