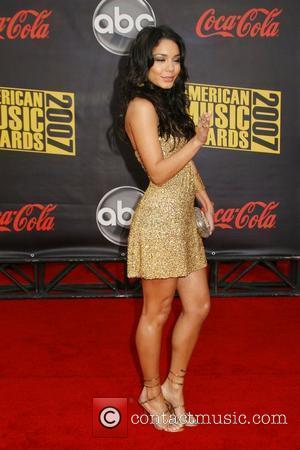 Singer/actress Vanessa Hudgens is desperate to follow in the footsteps of HIGH SCHOOL MUSICAL co-stars Zac Efron and Ashley Tisdale with her upcoming album IDENTIFIED.
Hudgens, 19, who plays Efron's love-interest in real life and on-screen, hopes the solo project will catapult her career into a more adult direction - although she admits the album isn't a full departure from her Disney roots.
She says, "It's definitely more grown-up. But not to the point where I'm singing, 'I'm so hot! I'm so hot! Boys want me. I'm so hot!'"
Hudgens came under fire when nude photographs of the star were leaked online last year (Aug07).