Vampire Weekend held off stiff competition from Demi Lovato to land their second Billboard 200 No.1.

Indie rockers Vampire Weekend have topped the Billboard 200 chart with their latest record 'Modern Vampires of the City,' besting commercial efforts from the likes of X-Factor judge Demi Lovato, Lady Antebellum and the Great Gatsby soundtrack featuring music from Jay-Z and Florence and the Machine.

The New York outfit's album sold 134,000 in its first week of sales, according to figures compiled by Nielsen SoundScan. It was also the first independently distributed album to debut at No.1 on the chart since country singer Jason Aldean's 'Night Train' in November last year. It was another country star - George Strait - who finished in second place this week with sales of 120,000, while Lovato's 'Demi' sold 110,000 copies to take No.3. Last week's No.1, 'Golden' by Lady Antebellum fell to No.5 while the soundtrack to Gatsby dropped to No.4 from No.2.

Vampire Weekend are about to head to Europe for shows in France, Germany and the UK, including a date at the Glastonbury Festival. The group return to the U.S for shows in the fall.

Check out the band's recent show at the Roseland, directed by Boardwalk Empire star Steve Buscemi: Vampire Weekend Stormed To Top of The Billboard Charts This Week 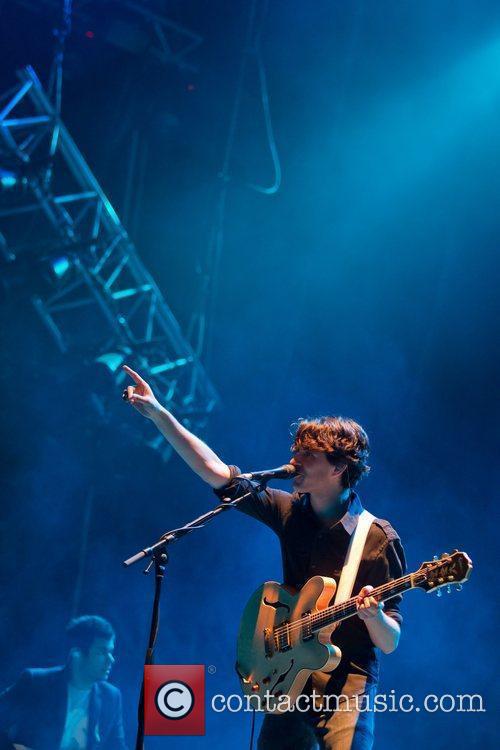