Indie rockers notch up their second US chart-topper

Vampire Weekend have stormed the top of the Billboard album charts for the second time in their career, with Modern Vampires Of The City soaring in at number one in the Top 200.

The group have followed up the success of their second album, Contra, which also took the top spot, and they’ve surpassed that record’s debut sales week figures too. According to Nielsen SoundScan, Vampire Weekend sold 134,000 copies of Modern Vampires Of The City, beating out Contra by 10,000 sales. If you’re up for some more stats on that, it’s the 19th independently-distributed album to reach No. 1 since the Billboard 200 chart began using SoundScan sales data in 1991. It’s been released on XL Recordings and distributed by Warner Music's indie-distribution arm Alternative Distribution Alliance. It’s also the first indie album to top the Billboard charts this year.

The last independently released album to top the charts was Jason Aldean’s Night Train, in November last year, so clearly they’re, um, in good company. Elsewhere in the charts, George Strait is at number two with Love Is Everything shifting 120,000 copies, while Demi Lovato’s Demi is the singer’s best first week album sales-wise yet, shifting 110,000 copies. It’s her fourth straight album to debut inside the top four. Well done, Demi. 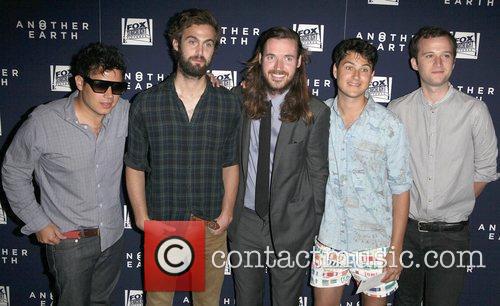 Vampire Weekend are in with their second chart topping album