Vampire Weekend are still putting the finishing touches to their fourth album.

Vampire Weekend have announced that they are to headline this year’s End of the Road festival, a show that will mark their first live performance since 2014.

Set over four days from August 30th to September 2nd, the Wiltshire-based festival will be the New York group’s first gig in very nearly four years and will be their only UK appearance in 2018.

Vampire Weekend - whose self-titled debut album was released almost exactly a decade ago - last released an album in 2013, their third LP titled Modern Vampires of the City, and finished the supporting tour in August the following year. Since then, the band has been on hiatus, with keyboardist Rostam Batmanglij quitting the band in a formal capacity and leaving them as a three-piece. 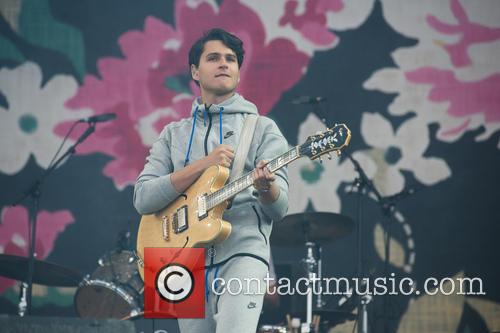 At the end of last year, lead singer Ezra Koenig teased fans that they had nearly finished their fourth album. Although there’s no news on a release date (or even if it’s actually been finished), End of the Road ought to provide fans with a long-awaited listen to new material.

While they haven’t performed together as a band, individual members of Vampire Weekend have done gigs, with two of them playing at a Bernie Sanders rally in 2016.

Other headliners at End of the Road will be art-rock auteur St. Vincent (aka Annie Clark), whose last album MASSEDUCTION won mountains of critical acclaim last year. American indie legends Yo La Tengo, who have a new album set for 2018, are also headlining, and Canadian star Feist is also headlining for another UK exclusive.

Other major performers at the festival include Ezra Furman, Fat White Family, Gruff Rhys, and Ariel Pink, with more names to be confirmed in the near future.