New York's finest Soweto rhythm embracing dictionary delvers, and wordy intellectual purveyors of Indie flavoured smart pop, Vampire Weekend, are back in some formidable style with their new album 'Contra'. Following on from the success of their self titled 2008 debut, and having spent some eighteen months on the road to promote it, a welcome return to the studio to capture the new material has found Columbia University's milk loving former students on fine form. In terms of sound, production and overall content there is a broader spectrum of reference but still very much a finely balanced educated pop sensibility the likes of which used to be the playground of Prefab Sprout.

'Contra' offers up many a delight along the way. You are treated to a smorgasbord of musical influence from Ska and Calypso to Alternative and Experimental. Into the melting pot you can hear everything from The Tom Tom Club, Bad Manners and Haircut 100 to Day One, Kid Creole & His Coconuts and of course Paul Simon and Ladysmith Black Mambaza. This however is not clever sampling, tinkering and tampering, what Vampire Weekend have arrived at is a very original, challenging and innovative record that is both fresh and imaginative. 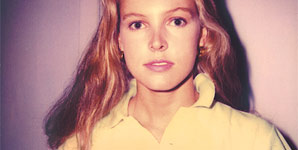 Points of reference are as obscure as a contrived Master Chef or The Culture Show's 'History Of The World' with talk of tasty milky Latin American, and orangeade flavoured Italian, soft drinks to fake chocolate cakes and then right through to minimalist American sculptors and Feudal Japanese facial expressions! Having peaked at #15 in the UK charts with their previous album, as well as having the accolade of 42nd best album of the last decade bestowed upon them by the NME, they will no doubt be cock-a-hoop at the recent news that they have topped the U.S. Billboard Top 200 this week.

The album itself is brim full of catchy and literally loquacious tunes. Taking the previous top rate singles, 'Cousins' and 'Horchata', aside, what 'Contra' has to offer is an uplifting, joyous and superbly turned out set of very clever songs. 'White Sky' fair bristles along with its chirpy disposition and fantastically worked 'chorus'.
'Holiday' continues the toe tapping enjoyment with its talk of AK's in yellow day-glo displays. 'California English' manically commands your attention through a vocal delivery set at 78rpm, a tricky number if your about to attempt a Karaoke version! 'Taxi Cab' slows the pace but doesn't diminish the quality, the more laid back and stripped down arrangement, with its subtle strings, shows a band more than comfortable in their capabilities. 'Giving Up The Gun' laments a troubled past...

'I heard you play guitar
Down at a seedy bar
Where skinheads used to fight.

Your Tokugawa smile
And your garbage style
Used to save the night.

You felt the coming wave
Told me we'd all be brave
You said you wouldn't flinch.

But in the years that passed
Since I saw you last
You haven't moved an inch.'

'The Diplomat's Son' and 'I Think UR a Contra' wrap the album up with aplomb, electronic propelled beats and falsetto harmonies neatly paired against the lyrical marvels. In short 'Contra' is an album of pure unadulterated pleasure.

Having already delighted a grateful crowd at Somerset House earlier this month Vampire Weekend have started out on a mammoth, near sold out, tour which culminates in an appearance at The Isle Of White Festival and a possible turn at Glastonbury. If you are not one of the lucky ones in the audience at least you can have the album!