Good news from doctors as Valerie prepares to join 'Dancing With The Stars.'

Actress Valerie Harper may not be completely clear from her brain cancer just yet but she has received some incredibly encouraging news from her physicians who once weren't sure she'd have long to live. After being given an estimated three months to live back in March, Valerie's health has taken a turn for the better and doctors are optimistic for a cancer remission based on her latest MRI scan. Valerie Has Been Given A Boost Of Confidence.

Harper's battle with cancer will be detailed in an NBC documentary on 19th September but Today viewers were shown a clip this morning of the scene where the 74 year-old received some positive information from her doctor. "I'd say that we're getting pretty close to a remission," neuro-oncologist Jeremy Rudnick is seen telling her and Meredith Vieira in the clip, adding "It defies the odds." Valerie In 1991: The Rhoda Actress Made Her Name On TV.

Speaking during the special, Valerie and her husband Tony Cacciotti discuss the impact of the cancer, including how she's faced the disease and how she has been treated with chemotherapy, acupuncture and drinking Chinese tea. There's no cure, Valerie explains, but her latest good news will mean that instead of being on her deathbed, she's looking forward to spending Christmas with her husband of 26 years. 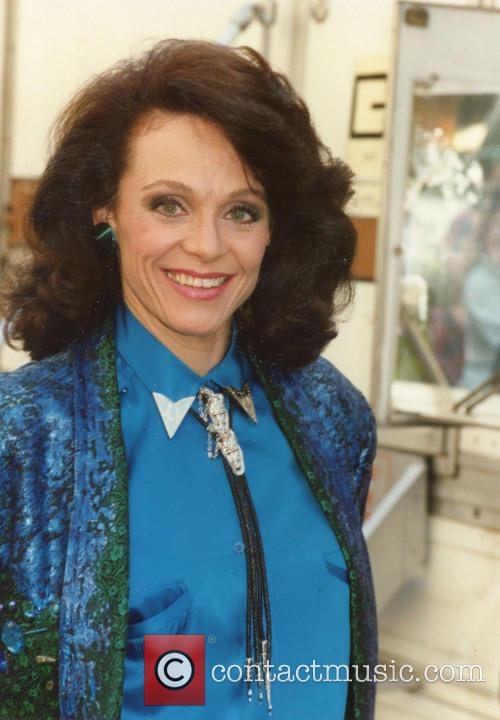 Cacciotti is happy that he and their adopted daughter will have more time to spend with his wife after she wasn't expected to live to see Fall. He says "Going from having three months to live, or less; we're into our sixth month, and now there's even hope beyond that. Right now we're looking at..." "We're looking at Christmas!" says Harper."This is overwhelming," he says.

The Rhoda actress was diagnosed with lung cancer in 2009, and discovered that it had taken a turn for the worse when it spread to the membranes surrounding her brain, in a rare condition called leptomeningeal carcinomatosis.

"Spontaneous remission lives as a possibility[...]I think infinite possibility is beautiful in every area. A lot of stuff that looks impossible is not, and every day there's evidence of it," said Harper inspiringly to NBC's Meredith Vieira, adding "I just want to live every moment to the fullest."

The talented actress who rose to from stage to screen in the 1970s on The Mary Tyler Moore show has had a career spanning nearly six decades, winning four Emmy awards and a Golden Globe. She has most recently appeared lending her voice to an episode of cartoon The Simpsons and hopefully has a lot more to give. As Meredith says "our hearts and our hopes are with Valerie."