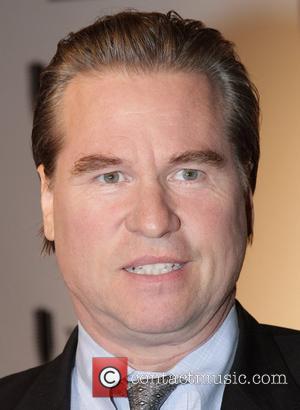 Val Kilmer is locked in a legal battle with bosses at a consulting company amid allegations the actor owes them $128,466 (£85,424) in unpaid fees.

Representatives from Executive Consulting filed a breach of contract lawsuit in New Mexico District Court last year (30Nov12), alleging the Batman Forever star hired them in 2011 to assist with his financial difficulties in the wake of a $500,000 (£332,000) tax lien filed against him by officials from America's Inland Revenue Service (Irs).

In legal documents, obtained by editors at Tmz.com, Executive Consulting heads claim that they performed their services successfully but Kilmer is refusing to pay the bill.

The actor denies the accusations and has filed counter-documents insisting he never hired the company.