Michael Douglas says Val Kilmer has the same cancer he had.

Val Kilmer is apparently seriously ill with some kind of oral cancer according to his friend Michael Douglas, who 'confirmed' the news at an event in London this weekend. Rumours have been circling for months regarding the actors health, but he's yet to comment on Douglas' remarks. 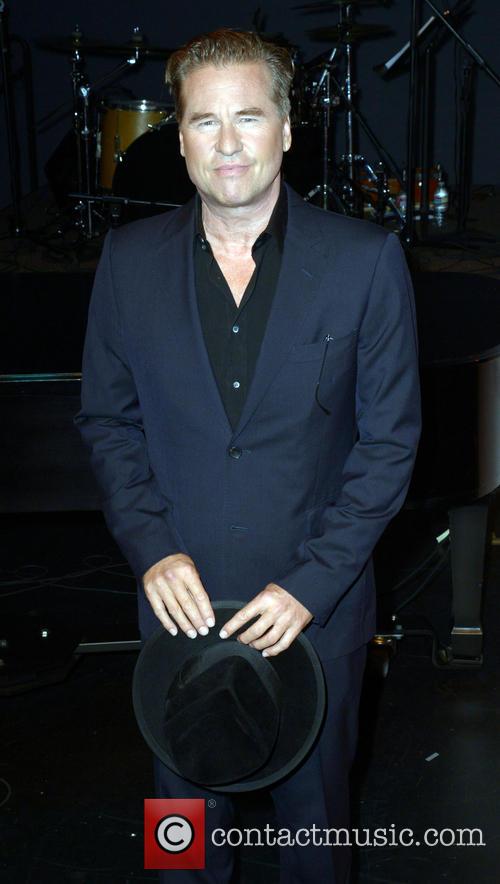 72-year-old Michael Douglas revealed the news during a Q&A with Jonathan Ross at 'An Evening with Michael Douglas', which took place at the Theatre Royal Drury Lane in London last night (October 30th 2016). He was discussing worked with the 56-year-old on the 1996 movie 'The Ghost and the Darkness'.

'Val was a wonderful guy who is dealing with exactly what I had, and things don't look too good for him', Douglas said. 'My prayers are with him. That's why you haven't heard too much from Val lately.'

Rumours arose early last year that Kilmer was battling a cancerous tumour when he was apparently seen with a tracheostomy tube attached to his neck, though he kept his throat area covered as much as possible with scarves at the time. He even denied that he was ailing after being seen at the UCLA Medial Center, and he was not seen with a breathing aid earlier this year.

If anyone knows the struggles of oral cancer it's Douglas. He announced that he had throat cancer in 2010, though he was actually in the most advanced stage of tongue cancer, and was forced to undergo chemotherapy and radiation treatment until he was finally given the all clear in 2013. He later revealed that he said he had throat cancer on the advice of his doctor for the sake of his career, given that tongue cancer treatment can often lead to disfigurement.

'My kids were pretty good about it. I was really honest about it and you just progressively as you take the chemo and radiation, you get weaker and not moving around', he said. 'There was a period where they were taking about if it doesn't work in my particular situation with the throat, that they have to do surgery you're probably not going to have much of a film career with that.'