The two actors worked together on 2003 western 'The Missing'.

Val Kilmer has been making his love for Cate Blanchett very clear on Twitter over the past few days.

It all began on Friday when Kilmer decided to share that he once flew the whole way to Australia to meet Blanchett, but encountered her husband first.

While the actor gave no explanation as to why he thought now was the time to profess his love for his former co-star, perhaps coincidently he had just shared an article titled: ‘Val Kilmer’s Twitter feed is a hidden gem of bizarre, star-studded stories’. 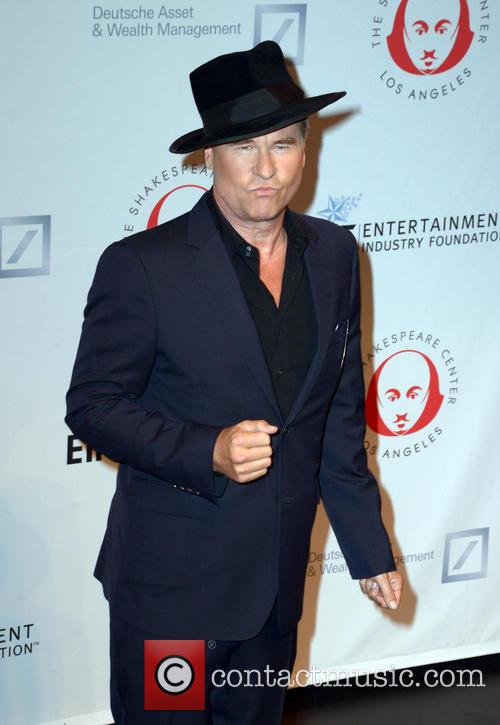 Val Kilmer is a big fan of Cate Blanchett

On Friday Kilmer tweeted: “Once I flew all the way to Australia just to talk to Cate Blanchett. Her husband met me first. Or, instead, I guess, to be accurate.”

He followed up with: “And recently I've had 2 dreams with #CateBlanchett in them. Her husband wasn't in either of them.” The actor then retweeted a fan who proposed: ‘#CateBlanchett for #WCW ???’.

Blanchett’s husband is Australian playwright Andrew Upton, who she has been married to since 1997. The couple have four children together.

The next day Kilmer was visiting the World Trade Center, but Blanchett was still on his mind. “She's just as amazing in person. Some super stars aren't-Some superstars don't do a thing to ya in person-Cate is so real it's almost unreal,” he tweeted.

“Once I did a cameo just to hang w/ #cateblanchett who pickd up a shovel in our sc. I was so dazzled by HOW she picked it up I forgot my line.” He then shared a photo of Blanchett and added: “I mean even if she couldnt act you know what I mean?”

I mean even if she couldnt act you know what I mean? pic.twitter.com/xlcaCTT1QI

On Sunday Kilmer continued to tweet about Blanchett, writing: “I've never done said or written a single idea that wasn't of the highest respect and admiration for #cateblanchett or any other great talent.

“She's a friend of mine and I've met her husband thru the years and we've all gotten along just fine. Anyone who thinks I need to curb my enthusiasm for a great rare artist doesn't understand how difficult the job is and how we artist count on the respect of our peers.”

He then added: “She will back up every word I say n love that I say I love her. I would love an actor I didn't even enjoy if he flew the world to talk about a role.”