Usher named his son Usher in memory of his father, who he reconnected with shortly before the little boy was born. 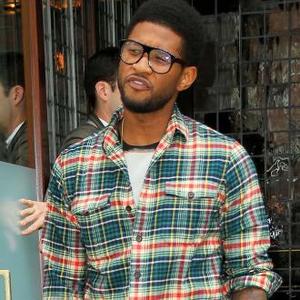 Usher named his son in memory of his father.

The 'OMG' singer - whose full name is Usher Raymond IV - chose to follow family tradition when naming Usher Raymond V, now four, after reconnecting with his estranged dad shortly before the boy was born, only for his parent to pass away soon after the baby's arrival.

Usher - who also has three-year-old Naviyd with ex-wife Tameka Foster - said: ''I think my father's death had a lot to do with my decision to name my son Usher. He was born and he died months apart. And I had become reacquainted with my father in the last year of his life. Prior, I didn't have any conversation, dialogue, with him.

''As a child I saw him a few times, but [it was] not the type of relationship or rapport that a man should have with his children. So it was an ode to the lineage of who we are.''

Usher's father - who battled addictions - walked out on his family when the singer was just a year old, and the 'Scream' star admits he struggled growing up without his dad.

He said: ''It hurt me not having a father - certain adolescent issues would have been easier to cope with if I'd have had my father there.''