Usher is finding it tough to get his two kids, Usher Raymond V and Naviyd, to go to bed because they have taken on his ''late-night personality''. 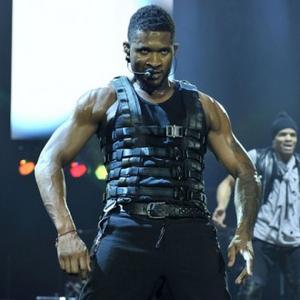 Usher finds it difficult to get his children to sleep because they have inherited his "late-night personality".

The 'Dirty Dancer' hitmaker has two children - Usher Raymond V, three, and two-year-old Naviyd with former wife Tameka Foster - and admitted bed time can be difficult because his sons would love to stay up all night if he let them.

He told HELLO! magazine: "What parent doesn't have a hard time when their kid doesn't want to go to bed? But I've been practising. I've got a routine down pat with them - we read books, say our prayers and then it's lights out for bed, after which they might ask for a glass of water or milk. You might think that the standard is a bit different for a rock star dad!

"My boys have inherited my late-night personality and would love to blast their music and jump on tables if I let them."

While Usher has sold more than million albums worldwide in his career, he cites fatherhood as his greatest achievement.

He said: "Given the adversity I've had in my life, I'm just happy to be alive, kicking and loving life the way that I am. But really my proudest accomplishment is having my sons."