Usher "hates" that Kim Kardashian missed out on his show 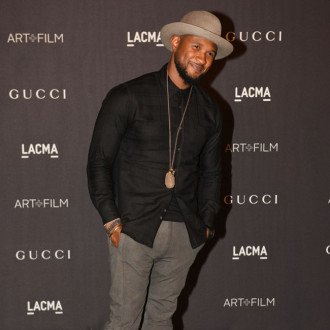 Usher "hates" that Kim Kardashian missed out on his show.

The 44-year-old rap star is currently headlining his residency show in Las Vegas and reality superstar Kim was due to attend a concert as she celebrated her 42nd birthday on Saturday (22.10.22) but was forced to miss out on the concert when her private jet was unable to land in Sin City due to weather conditions.

After hearing the news, Usher wrote on Instagram on Sunday (23.10.22): "Happy birthday Kim! I saw the post, I hate that you didn't make it to the show last night. But listen, open arms to you, whenever you want to come. I know you're still celebrating your birthday. And you can celebrate it at the next show if you come then, or whenever! We got three more shows."

'The Kardashians' star - who was previously married to rapper Kanye West, 45, and has North, nine, Saint six, Chicago, four, and three-year-old Psalm with him - had initially been surprised with tickets to see the 'Yeah!' hitmaker but ended up taking her party for fast food at In n Out burger instead,

Alongside a series of videos posted on Instagram, she wrote: "For the record, we did fly to Vegas and tried to land twice at two different airports. And it was too dangerous so safety first always and we flew home. We were supposed to be filming for @thekardashians so at least the whole crew got to see @usher. We gotta reschedule this ASAP! I hear his show is incredible. I had to take a feather boa to cover up in In n Out!" 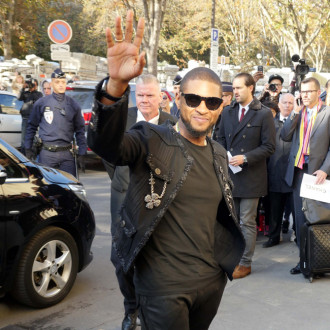