Usher wants to move to London

Usher performed an exclusive show for 400 lucky competition winners in London on Sunday evening (07.06.15), where he revealed he'd ''love to live'' in the city. 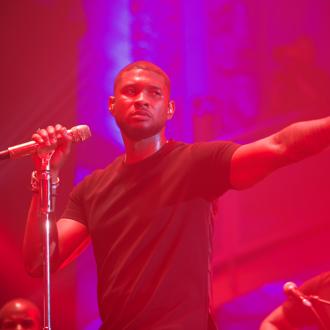 Usher wants to move to London.

The 36-year-old star revealed he would ''love'' to move to the English capital from his home in Atlanta, Georgia, because he wants his sons Usher 'Cinco', seven, and Naviyd Ely, six, to explore the city.

Speaking at an intimate show in the city on Sunday (07.06.15), he said: ''I'd love to live in London, and I'd love my kids to explore the culture, the languages, everything. I've always wanted to do a stint in London.''

The exclusive semi-acoustic show was held as part of MasterCard's Priceless Surprises campaign, with 400 lucky guests being treated to some of his biggest hits including ''OMG', 'Climax' and 'Good Kisser' alongside a five-piece band.

Speaking after his set, Usher added: ''Performing tonight was a completely unique experience - from the intimate crowd and acoustic set, to the incredible venue. It was great to be able to perform a completely different type of concert for my British fans.''

Celebrity fans including 'Jealous' singer Labrinth and Bond girl Naomie Harris were among the lucky stars in the audience for the show, during which the 'Burn' hitmaker sipped tea as a tribute to the UK.

Mary J. Blige is the next artist to perform for the Priceless Gigs series, for which MasterCard cardholders have an exclusive chance to win tickets by entering before Thursday 9 June at www.pricelesssurprises.co.uk/MaryJBlige