Usher To Collaborate With Britney?

Usher has revealed he hopes to collaborate with Britney Spears on the singer's new album. 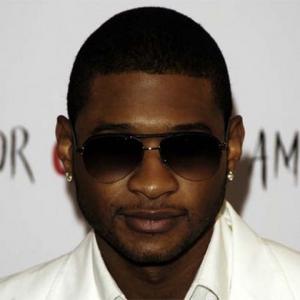 The 'OMG' hitmaker has revealed he wants to work on the troubled singer's new album, and hopes to enlist the help of other stars to make her comeback record a success.

He told the Daily Mirror newspaper: "Britney is great. We've actually talked about working together in the past, I'm hoping something will happen."

The 31-year-old star - whose new album 'Raymond v Raymond' features the likes of Justin Bieber, Enrique Iglesias, Jay-Z and Pitbull - also explained he hopes other musicians will get on board to make Britney's new album a success.

Usher recently revealed he eventually hopes to achieve the same 'King of Pop' status as the late Michael Jackson, and was thrilled Jay-Z suggested he would be the perfect artist to fill the void left by the 'Thriller' hitmaker.

He said: "I've been doing this 18 years now and my icon is well on its way. Michael was doing it for 50 years and that's something I'd like to grow towards. At the same time, I am one of a kind, a worldwide pop icon. I think Jay is correct. Thanks, Jay!"