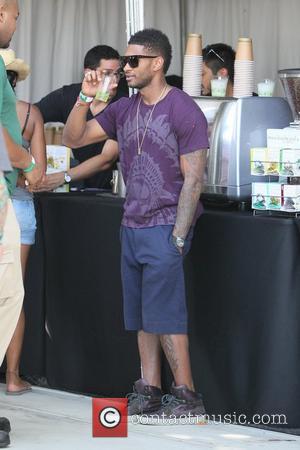 Usher gave up-and-coming R&B star Miguel a big boost at the Coachella festival in California on Friday (15Apr11) by showing up to cheer the youngster on.
Miguel walked off the stage after performing tracks from his debut album All I Want Is You and into his superstar labelmate and friend's arms.
Miguel opened for Usher on tour in 2010 and was thrilled to see the Yeah! singer there.
And Usher was in no rush to dash off - he spent much of the afternoon hanging around the festival site in Indio, meeting fans and posing for photographs.