Usher taught how to box by Sugar Ray Leonard

Usher has learnt how to box after receiving lessons from in-ring legend Sugar Ray Leonard to prepare for his role as the pugilist in upcoming movie 'Hands of Stone'. 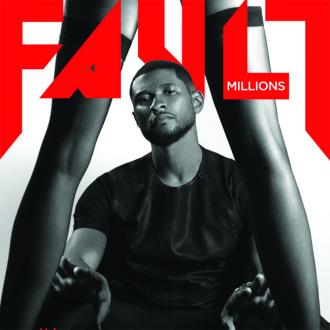 Usher has been taught how to box by Sugar Ray Leonard.

The R&B singer is playing the legendary boxer in upcoming movie 'Hands of Stone' which is a biopic about Leonard's most famous opponent, Hall of Fame pugilist Roberto Durán.

Usher has revealed Leonard got him in the ring to show him the basics of the fight game and the two have become almost as close as ''brothers''.

Speaking in issue 19 FAULT Magazine, Usher said: ''I spent time with him in Atlanta, and in Los Angeles. We boxed together; we chilled. He became a great friend of mine, almost like a brother to me.''

The pop star is pleased to have landed the role as he wants to diversify his career, something that was one of his main motivations for accepting a position as a coach on 'The Voice' USA.

Usher - whose new single 'She Came to Give it to You' is out on September 28 - said: ''Part of the reason why I did 'The Voice' was so people would get a chance to get a different perception of me.''

The singer was photographed by Sinisha Nisevic for FAULT magazine (www.fault-magazine.com/issues) and was styled by Sammy and Judy (aka The Kids).