Usher Has Secretly Wed His Manager Girlfriend Grace Miguel, According To New Reports. 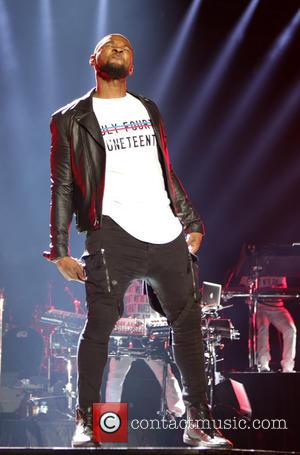 The Yeah! hitmaker and Miguel sparked engagement rumours earlier this year (Jan15) when she was spotted sporting what looked like a diamond ring on her left hand, but never confirmed the news.

Now sources have told Us Weekly magazine the two tied the knot over America's Labor Day weekend (04-07Sep15) before jetting off to Cuba on honeymoon.

One insider tells the publication the couple originally planned to wed in front of around 100 guests in Usher's hometown of Atlanta, Georgia, but opted to elope instead.

Last week (ends20Sep15), Miguel took to Instagram.com to post a photo collage of herself and her reported new husband sightseeing in Cuba, with the R&B star's gold wedding band prominently on display.

Usher and Miguel started dating shortly after the singer split from his first wife, Tameka Foster, in 2008.