Usher posted a picture of his extremely red eye on Instagram on Friday (2nd January) and joked "You should see the other guy". Usher's picture coincides with reports that the singer was involved in a fight on New Year's Eve at a Miami nightclub. 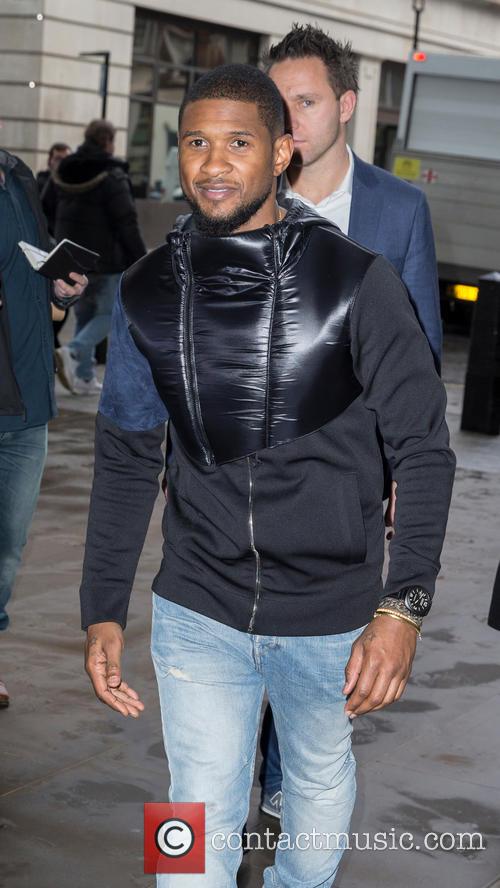 A source claimed Usher was involved in fight on New Year's Eve.

Read More: Usher Reveals Strategy To Deal With Justin Bieber: "I'll Punch Him In The Chest When I Need To".

Reports suggest Usher may have been involved in an altercation whilst attending a New Year's Eve at a Miami nightclub. According to sources, Usher defended his girlfriend, 44-year-old Grace Miguel, when she was insulted by an unnamed man. It appears Usher lost his temper and repeatedly hit the man but also received a few punches which seemingly resulted in his damaged eye.

An eyewitness, speaking to Media Takeout, claimed an unnamed man had insulted Miguel and had called her "ugly". "Usher was in VIP with his girlfriend, and some drunk white guy was screaming disrespectful things towards Usher, trying to get his attention," the source claimed. "When that didn't work, he started saying nasty things about his [Usher's fiancée Grace]. The guy called her ugly."

Apparently Usher responded with anger and immediately jumped to Miguel's defence, according to the same source. Usher allegedly jumped through security and punched the man in a fashion similar, the source described, as a "boxer" as "the punches were very fast."

If Usher did sustain an injury, it certainly looks bad as Usher posted a picture on Friday (2nd January) on Instagram showing a close up of his damaged and extremely red eye. He added the caption: "You should see the other guy!"

However, things may be looking up for Usher after reportedly starting the New Year with a fist fight as other reports are suggesting he is engaged. As Page Six reports, the 36-year-old singer may be engaged to Miguel, who is also his manager, as she had been spotted wearing a huge diamond ring. If the two are engaged, this will be the second marriage for Usher. Usher was married once before to stylish Tameka Foster. The couple wed in 2007 but divorced two years later.

You should see the other guy!!