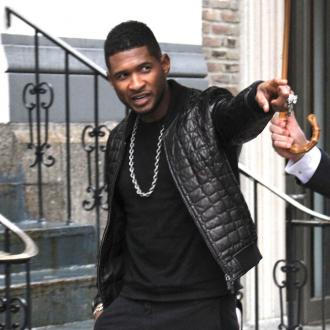 Usher performed in front of 2,000 guests at Michael Jordan's wedding.

'The Voice' mentor reportedly received a huge pay cheque to perform at the sport star's lavish reception after he tied the knot with his model girlfriend of five years, Yvette Prieto, in Palm Beach, Florida on Saturday (27.04.13).

The 50-year-old basketball hero wed his 35-year-old bride in front of 500 family and friends at Bethesda-by-the-Sea Episcopal Church, and spared no expense on their big day.

According to gossip website RadarOnline.com, 1,500 more people were invited to the reception at the Bears Club, a Jack Nicklaus-designed golf course, where they were treated to a special performance by the 'Scream' singer, who serenaded the happy couple with some of his biggest hits.

Preparations for the lavish bash had been going on all week under a veil of secrecy.

A source told People.com: ''They've been planning for months and months. He wanted to give Yvette everything she's ever wanted.''

Michael was previously married to Juanita Jordan for 17 years. They divorced in 2006 and have three grown children.