The awkward moment when your emoji isn't big enough.

Here's one unsolicited nude pic you might be grateful for; Usher decided to bare all for his fans on Snapchat yesterday (April 28th 2016) with a full-frontal shot of himself with his member on show. He tried to cover it up with an emoji but ermm... said emoji wasn't big enough. 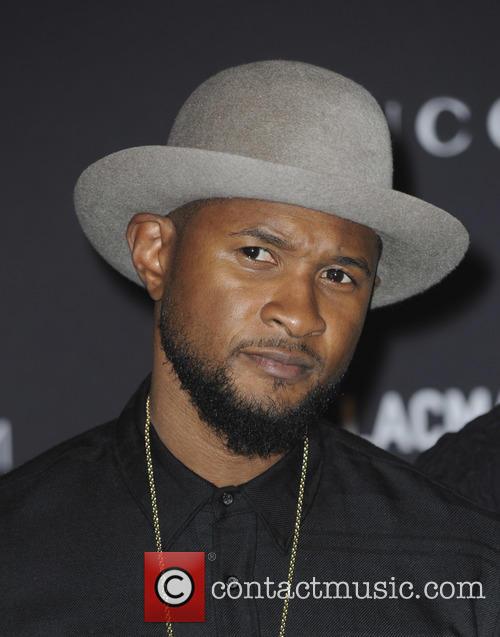 We're not sure whether this was a deliberate mistake or not (he might be all like, 'Hey, even an emoji can't hide it!') but we're going to go with not. It seemed he wanted to do a bit of a Kim Kardashian by revealing his naked form to his fans with strategically placed cover-ups, but he probably could've done with another emoji because the majority of his manhood was still visibly on show - including, not to sound crass but, the tip.

The shot was black and white and captioned 'blowin off steam' as he chilled out in what was presumably his steam room. The day started off fairly normal; the R&B singer was documenting his day travelling from LA to Atlanta with perfectly normal selfies. He was eating out at The Boiling Crab, watching 'Purple Rain' in the car, showing up his cosy digs and then - cue fans choking on whatever they were drinking/eating while following Usher's Snapchat - he got his junk out.

The following snaps were as innocent as the preceding ones; brushing his teeth, getting into bed wearing his pyjamas and later visiting a doctor for a check-up. That's what's convincing us that his misplaced emoji incident wasn't intentional. Still, he has nothing to be embarrassed about.

Usher's isn't the only penis we've accidentally seen this week either. John Barrowman's husband Scott Gill accidentally exposed himself while getting into their hot tub in the background of John's live video chat with his fans on Facebook. Needless to say, they were totally unfazed by it.