Usher Is Working On A New Album And Tour, But Justin Bieber Is Still A Big Issue

Once again, Usher has stepped in to defend his protege.

Usher is working hard and he wants us to know as much. The R&B star hasn’t put out a new album since 2012, but he is currently gearing up for a tour and prepping a new record – release date delayed and as-of-yet unknown. 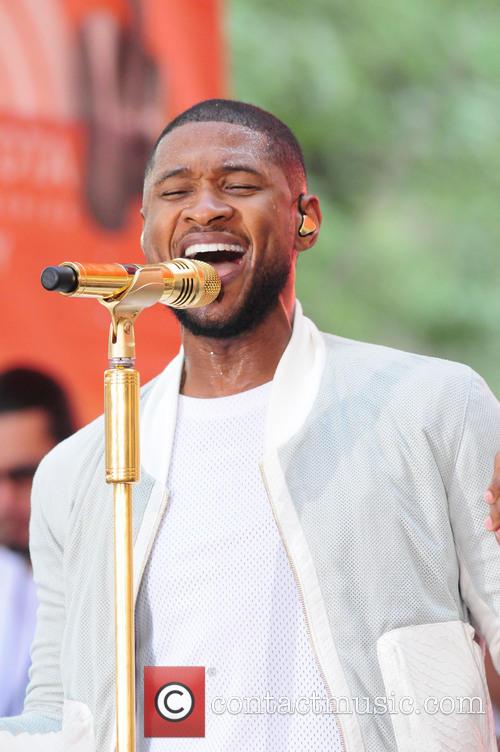 Usher isn't really a best-seller anymore, but he's still at the top of his game.

While his sales have been dropping for the past two albums - 2012's Looking 4 Myself, has sold 504,000 copies in the United States, according to Nielsen SoundScan — 800,000 fewer than the one before it, 2010's Raymond vs. Raymond – and his brand of R&B isn’t exactly on trend at the moment, Usher has plenty of other income streams to put food on the table. And gold rims on his Segway, of course. He’s set to play Sugar Ray Leonard opposite Robert De Niro in the forthcoming Hands of Stone and has coached two seasons on NBC's The Voice, winning the second time around. He has a profitable perfume line and owns a small piece of the NBA's Cleveland Cavaliers. And that’s only the latest in a long list of achievements in his two-decade career.

No, Usher’s current struggles aren’t directly related to his life. In fact, the biggest work issue right now (after that pending album) is Justin Bieber’s personal and professional development.

In his recent interview with Billboard, he had this to say about his dynamic with his troubled protégé: "Our relationship is more man-to-man now," he says. "He's making his own decisions and it's important to show support. I can say I'm not happy with all the choices my friend has made, but I'm supportive of him. I try my hardest to give as much positive reinforcement as I can. I'll punch him in the f---ing chest when I need to, and give him a hug and kiss when I need to. It's more than just mentoring. I love the kid."