Usher In Training To Portray Sugar Ray Leonard In Biopic 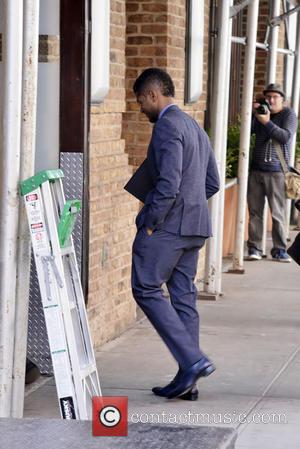 Usher will be cutting out sweet treats this summer so he can lose 20 pounds (11.3 kilograms) to portray boxing great Sugar Ray Leonard in an upcoming Roberto Duran biopic.

The singer/songwriter, who made his movie debut as a Dj in She's All That in 1999, is getting into fight-ready shape for the film, Hands of Stone, before shooting starts in October (13).

He tells Billboard.com, "You couldn't find a more stylised boxer than Sugar Ray Leonard. He was an incredible motion guy, the way he moved around the ring, and I think my dancing will make it easier for me to pick up his moves. I've been working on familiarising myself with the ring, sparring and just understanding how to move in the ring."

The biopic, which will chronicle Duran's journey from the slums of Panama to boxing greatness and his many encounters with Leonard after their Wbc welterweight title fight in 1980, will also feature Robert De Niro, while Zero Dark Thirty star Edgar Ramirez will play Duran.

Usher is look forward to a first face-to-face meeting with Leonard after speaking to him about the film on the phone.

He says, "He had such incredible discipline and he was flashy and classy at the same time. I want to be as passionate and dedicated in preparing for this role as he was every time he stepped into the ring.

"I'm up for the challenge, and I'm looking forward to it. I think my overall feeling is one of anticipation. It seems like this is a real passion project. It's a film that everybody is so invested in, and I have the good fortune of having the character I'm playing still around."