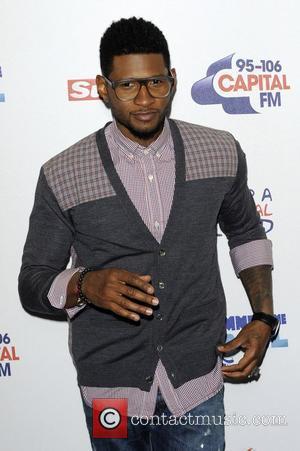 Usher has vowed to put his all into portraying boxing legend Sugar Ray Leonard on the big screen in the hope of landing an Academy Award.
The R&B singer will portray Leonard in Hands of Stone, an upcoming biopic of Panamanian boxer Roberto Duran, who will be played by Mexican actor Gael Garcia Bernal.
Robert De Niro has also been cast as iconic trainer Ray Arcel, and Usher admits he isn't fazed about stepping into the ring with Hollywood heavyweights.
When asked if he's intimidated by his co-stars, he tells British magazine, "Not at all. Not at all. There's a respect for both parties... I'm not intimidated in any way. Because there's a shared passion and respect among all of us, and it's the type of script that will allow all of us to shine... They approached me to do it. And all I had to (do) was consider it."
Usher is hoping to walk away with an Oscar for the role, and cites Jennifer Hudson's Academy Award-winning turn in Dreamgirls as an example of singers landing the ultimate Hollywood honour.
He adds, "I've seen Oscar winners come out of left field... I'm just saying Jennifer Hudson (won an Oscar)... I'm going into it offering my interpretation and my hard work and my dedication to be the best Sugar Ray ever. Or as good as the man can be. I've spoken to him, and I don't know if I'll ever be able to live up to him. But I'll try to be better than him."